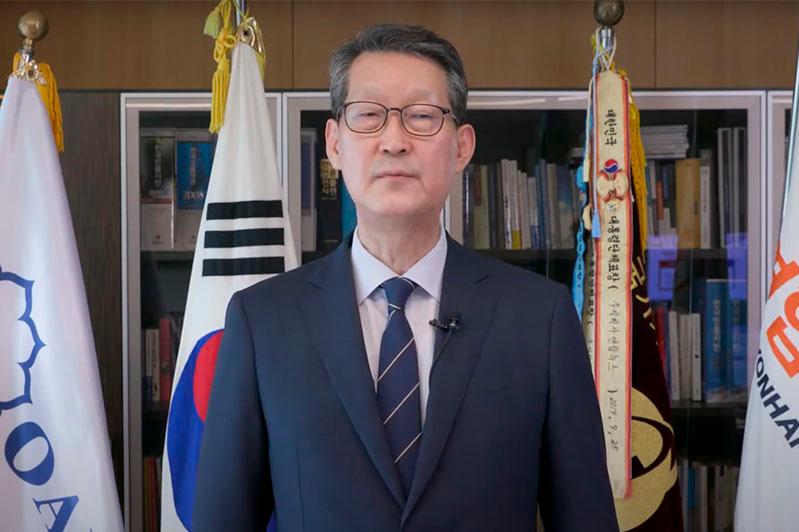 Sung-boo Cho, President and CEO of Yonhap News Agency sent a congratulatory letter on the centennial founding anniversary of Kazinform, saying the latter has been growing as the most reputable and credible media outlet in the country since its birth in 1920.

The Yonhap CEO pointed Kazinform’s active participation in a variety of affairs within the Organization of Asia-Pacific News Agencies (OANA), for which Sung-boo Cho works as President.

«As key news agencies representing our respective countries, Yonhap and KAZINFORM have maintained close exchanges and cooperation for a long period of time,» the congratulatory letter reads.

Notably, Kazinform CEO Askar Umarov and Yonhap CEO Sung-boo Cho held a meeting in Seoul last November on the sideline of the OANA General Assembly as both agencies seek to enhance mutual relationship.