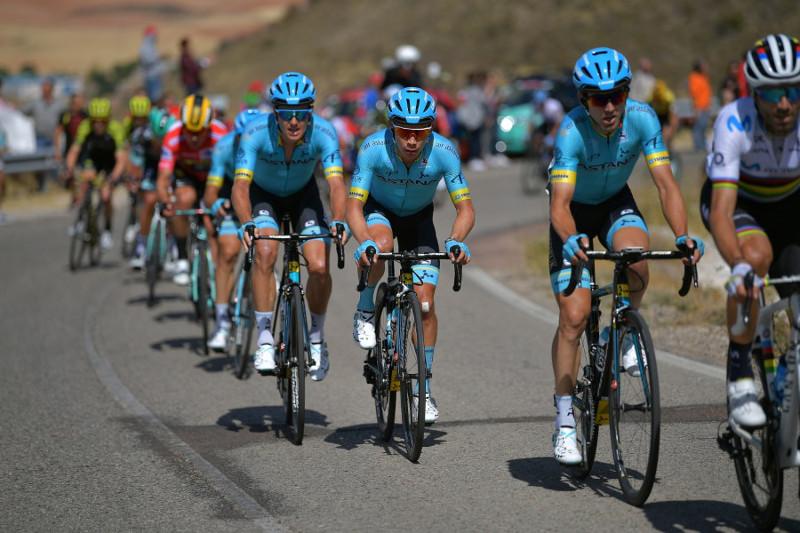 NUR-SULTAN. KAZINFORM The Vuelta a España has opened its final week with the longest, the fastest and the craziest stage 17 to Guadalajara (219.6 km), Astana Pro Team team informs on its website

The strong wind during the whole day impacted a lot the stage and a huge group of 47 riders went away shortly after the start of the stage. The Colombian Nairo Quintana as well as a few more GC contenders were among the escapers, so it created a dangerous situation for the first positions in the overall classification. The gap has increased dramatically to 6 minutes, while the wind did not allow to organize a good chasing of the breakaway. Inside the last 60 km it was Astana Pro Team who took the responsibility in the race, trying to chase down the break. The Kazakh team did a great job, protecting Miguel Angel Lopez, but, finally, the peloton arrived 5 minutes 29 seconds behind the leading group.

The Belgian rider Philippe Gilbert won today’s stage after an attack inside the last 500 meters.

The Slovenian Primoz Roglic kept his overall lead, while Quintana moved up to the second position, 2.24 behind the leader. Miguel Angel Lopez is now 5th, 4 minutes 9 seconds behind Roglic.

Stage 18 will be held tomorrow: it will be a super mountain stage of 177.5 km from Colmenar Viejo to Becerril de la Sierra with 4 climbs of the first category.