LONDON. KAZINFORM - The University of Cambridge hosted a round table dedicated to 25 years of Independence of the Central Asian countries and the Cambridge Nauryz 2017, Kazinform has learnt from the Kazakh Embassy in the UK.

The participants of the event were briefed on the achievements of the Central Asian states and ongoing economic and social reforms taking place in these countries.

Speaking at the round table, Ambassador Idrissov underlined that within a short period of independence Kazakhstan has achieved significant progress both inside and outside the country, having become an economic locomotive in the region. Mr. Erlan Idrissov noted that today, Kazakhstan is a modern and successful state with a dynamically developing economy and a stable political system.

Ambassador Idrissov has also highlighted the global initiatives undertaken by Kazakhstan and the major international projects being implemented, such as Astana EXPO 2017, Congress of the leaders of the world and traditional religions, and the country's election as a non-permanent member of the United Nations Security Council for 2017/2018 and others.

The participants of the round table were also briefed on the ongoing economic and political reforms taking place in Kazakhstan in line with the Address of President Nursultan Nazarbayev to the nation «The Third Modernisation of Kazakhstan: global competitiveness» and the constitutional reforms.

The round table has also discussed the book ‘Reforms in Kazakhstan: An Analytical View' by Mr. Kenzhegali Sagadiev, a Kazakhstan's well-known public figure and scholar.

According to Professor Sagadiyev, his book provides an overview of topical issues of development of Kazakhstan's economy. He answered questions from the readers as well.

The round table was followed by a cultural evening to celebrate the culture and cuisine of Central Asia. 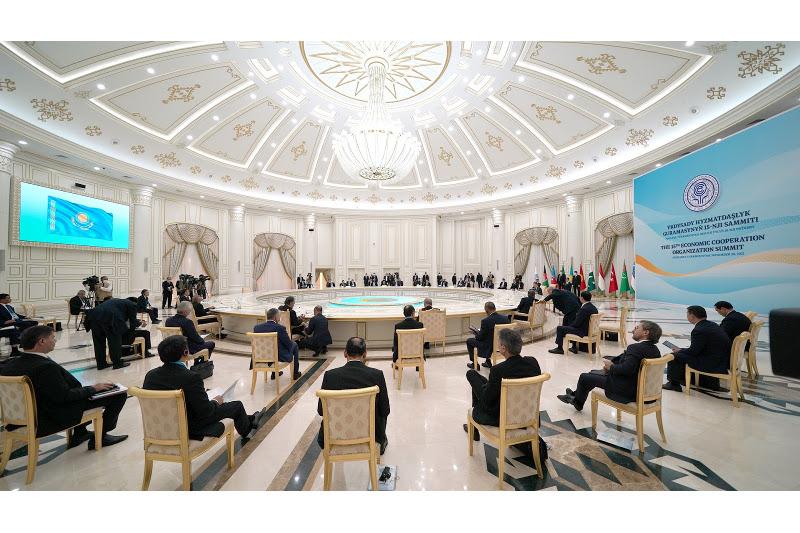