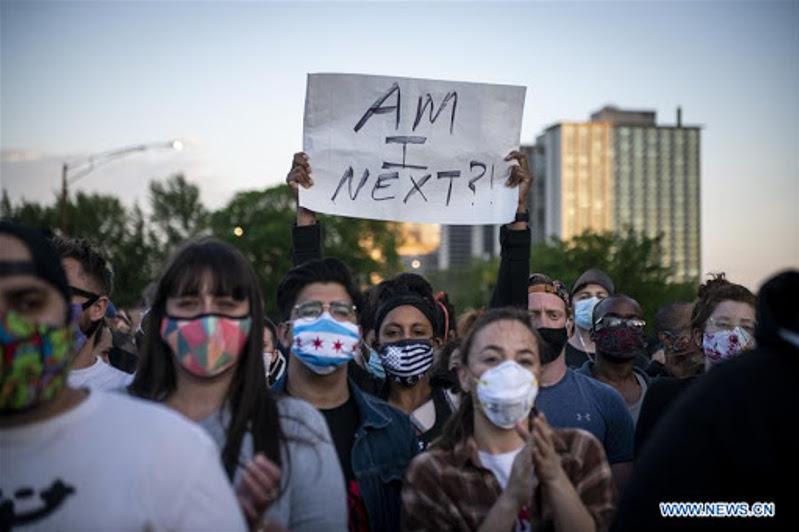 CHICAGO. KAZINFORM - Two people were shot dead and at least 60 were arrested as protests and looting continued in Chicago neighborhoods and suburbs on Monday in response to the police killing of George Floyd.

Protests and looting spread to the north, west and south of Chicago as Chicago Mayor Lori Lightfoot on Sunday locked down the Central Business District and Loop. Major Chicago downtown area was looted and severely hit by rioters on Saturday night.

Pritzker had already activated 375 guard members for Chicago over the weekend at Lightfoot's request.

The curfew Lightfoot imposed on Chicago on Saturday, from 9 p.m. to 6 a.m., remained in effect, with all bus and train services overnight stopped. Metra also suspended its service on Monday.

Monday marked the third straight day when the protests were marred by looting in Chicago and its neighborhood and suburbs.

George Floyd, a 46-year-old African American, died on May 25 after Minneapolis police officer Derek Chauvin was captured on video pinning Floyd down by his neck for eight minutes. Protests erupted in Minneapolis, Minnesota, in the following day, and quickly spread across the United States.