The Japan Meteorological Agency issued the highest level of alert for heavy rain in more than 20 municipalities in the two prefectures.

Residents of some 400 households in Gero, Gifu Prefecture, were stranded when roads were cut by mudslides. 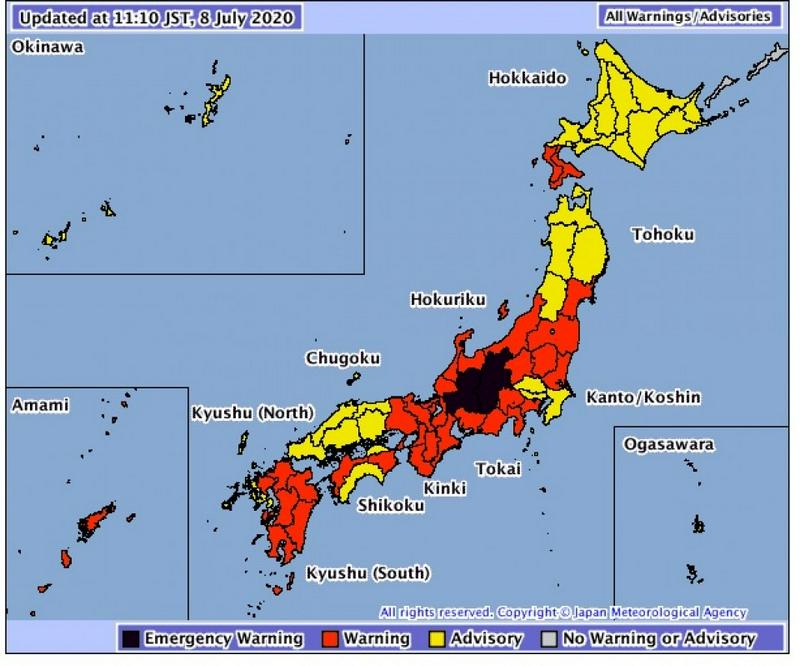 A meteorological agency official said at a press conference that warnings may be extended more widely as the situation develops.

In southwestern Japan, the death toll from torrential rain that first struck the area over the weekend rose to 56 as of Tuesday, with disaster-affected areas widening to the northern Kyushu region. 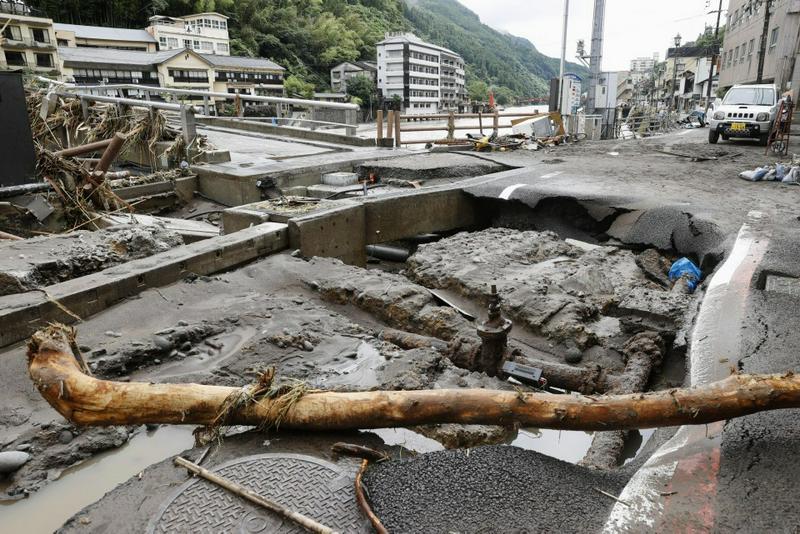