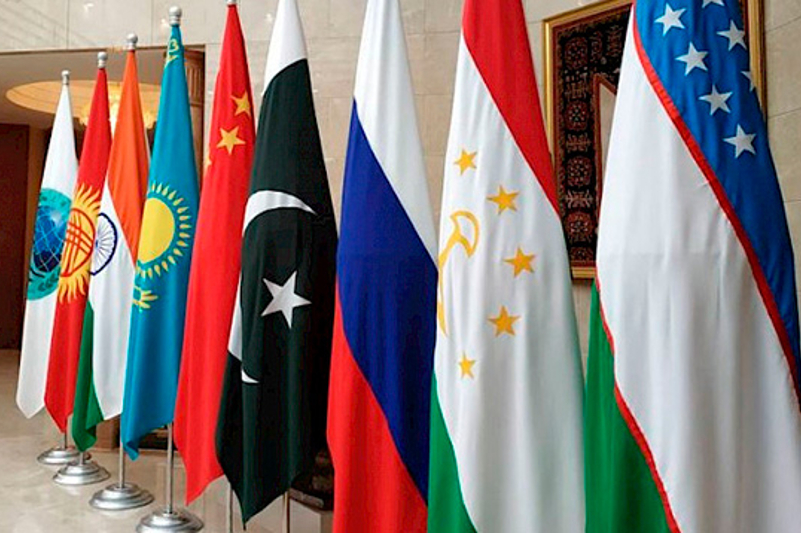 BISHKEK. KAZINFORM The heads of state of the Shanghai Cooperation Organization (SCO) participating countries have emphasized the need to scale up efforts to maintain security and sustainable development in the SCO region as they took part in the SCO summit in Bishkek, BelTA has learned.

Participants of the SCO Heads of State Council noted that this organization has become an efficient mechanism of multilateral cooperation that plays an important role in maintaining peace and stability in the region and promoting development and prosperity of its member states, BelTA reports.

The leaders reaffirmed their commitment to the goals and tasks of the SCO Charter and the Shanghai Spirit of mutual trust, mutual benefit, equality, consultation, respect for diverse civilizations and pursuit of common development. The parties will keep working on expanding practical cooperation in politics, security, trade and economy, including in finances, investment, transport, energy, agriculture, as well as cultural and humanitarian ties between the SCO countries. Much attention will be paid to deepening comprehensive contacts with all interested states, first of all, the SCO observers and dialogue partners.

While discussing the international and regional agenda, the parties called for stepping up joint efforts in maintaining long-lasting security and sustainable development in the SCO region. In this regard, they emphasized the need to strengthen mutually beneficial cooperation with all the interested states taking into consideration generally recognized principles and norms of international law, first of all, the UN Charter.

The heads of state reaffirmed their support for the increasing central and coordinating role of the United Nations and the UN Security Council, as it is the agency that bears the principal responsibility for maintaining international peace and security in line with the UN Charter. Apart from that, the participants of the summit strongly condemned terrorism in all its forms and manifestations. They called on the international community to strengthen global partnerships in combating terrorism. This process should be spearheaded by the United Nations and should be free from politicization and double standards and should respect sovereignty and independence of all states. The parties also urged to seek consensus on the proposed Comprehensive Convention on International Terrorism.

They emphasized that it is absolutely unacceptable when some states enhance their security at the expense of other states. It was noted that unilateral and unrestricted buildup of missile defense systems by some states or groups of states has a destabilizing effect and is detrimental to the international security.

The presidents highlighted the importance of maintaining the ban on the placement of weapons in the outer space and urged to strictly abide by the effective laws and regulations stipulating the exclusively peaceful use of the outer space. They welcomed the work of the United Nations Group of Governmental Experts chosen to consider and make recommendations on substantial elements of an international legally binding instrument on the prevention of an arms race in outer space, including, inter alia, on the prevention of the placement of weapons in outer space.

Among the biggest challenges facing the SCO member states are illegal cultivation, production, trade and dissemination of narcotic drugs, psychotropic substances and their precursors. In this regard, the parties agreed to scale up efforts to combat illegal drugs.

The SCO member states advocate strict compliance with the Convention on the Prohibition of the Development, Production and Stockpiling of Bacteriological (Biological) and Toxin Weapons and on their Destruction. Realizing the growing threat of chemical and biological terrorism, they stressed the need to conduct multilateral negotiations for an international convention on the suppression of acts of chemical and biological terrorism.

The SCO has confirmed its commitment to step up efforts to ensure security and stability in the region. Support was expressed for the work carried out by the government and people of Afghanistan to restore peace and ensure sustainable development of the country. The SCO member states reiterated their readiness to contribute to the process of political settlement of the conflict under the supervision and with the participation of the Afghan people, both bilaterally and within the framework of the contact group "SCO-Afghanistan".

The summit also discussed the economic dimension of the SCO and noted the importance of aligning the positions of the SCO member states in the face of growing unilateral protectionist actions by individual states undermining the foundations of the multilateral trading system and creating artificial obstacles to trade and economic, financial and investment cooperation. In these conditions the SCO intends to focus on expanding and deepening cooperation in such areas as trade, finance, investment, transport, energy, agriculture, innovation, high technology. Serious attention will be given to addressing issues related to the increase of the share of national currencies in mutual settlements.

Cooperation in health, science, education, culture, sports, and tourism remains the most important component of the SCO activities. The agreements on cooperation in the field of media, physical culture and sports are designed to contribute to the advancement in these areas.
The SCO member states intend to contribute to the development of technological parks and business incubators in the region in order to improve the business climate and support youth start-up projects.
As it has been reported, on June 13-14 Bishkek played host to the Shanghai Cooperation Organization summit. Belarus President Aleksandr Lukashenko took part in the summit. Belarus has an observer status with the organization.

"Today it is obvious that the international system, which has been handling security tasks more or less efficiently after World War II, is unfortunately falling apart at the seams. Strategic agreements are being dismantled in the military sphere; the world is slipping into an arms race. Safeguards against a large-scale military conflict are disappearing before our eyes. The reasons are well-known," the head of state said. "The language of confrontation is prevalent in politics. Economy and trade are used as an instrument of hostile pressure. Universal rules of the game are replaced by anarchy. Even personal privacy is in jeopardy with the development of the internet."

It will be impossible to ensure peace both regionally and globally without close cooperation in multilateral organizations, formulation of agreed measures, the Belarusian president stressed.