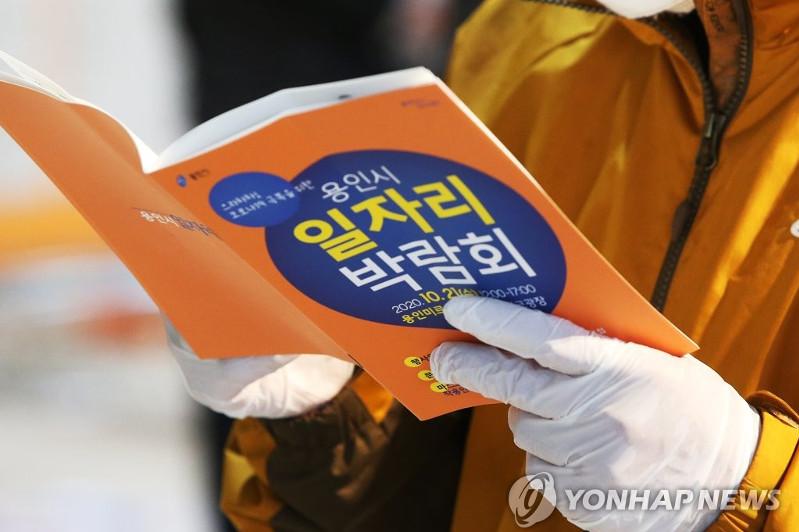 The number of employed people reached 27.09 million last month, 421,000 fewer than a year earlier, according to the data compiled by Statistics Korea.

Job losses increased from an on-year fall of 392,000 in September.

The tally marked the sharpest on-year decline since April, when the country shed 476,000 jobs due to the fallout of the COVID-19 pandemic.

It also marked the steepest decline in jobs since the country reported job losses for an eight consecutive month in August 2009 during the global financial crisis.

South Korea has reported job losses every month since March, when the nation lost about 195,000 jobs, the first on-year job loss since 2009, due to the fallout of the pandemic.

Last month, the employment rate for those aged between 15 and 64 reached 65.9 percent, down 1.4 percentage points from a year earlier.

The unemployment rate for young adults -- those aged between 15 and 29 -- came to 8.3 percent in October, up 1.1 percentage points from the previous year.

«The labor market showed slow recovery in October, affected by the impact of a resurgence in COVID-19 cases. Job market conditions remain tough,» the finance ministry said in a statement.

Last month, the country eased social distancing measures by one notch to the lowest level on its three-tier scheme over a slowdown in COVID-19 cases after having been in effect for two months.

The finance ministry earlier anticipated a mild recovery in the job market in October compared with September, citing the country's relaxed virus curbs.

Job losses were pronounced in the service sector with the manufacturing segment also suffering a decline.

By industry, the manufacturing sector lost 98,000 jobs on-year in October. The accommodation and food service segment reported an on-year fall of 227,000 jobs last month, and the wholesale and retail sector lost 188,000 jobs. Such segments suffered job losses as people refrained from visiting off-line shops over concerns about virus infections. 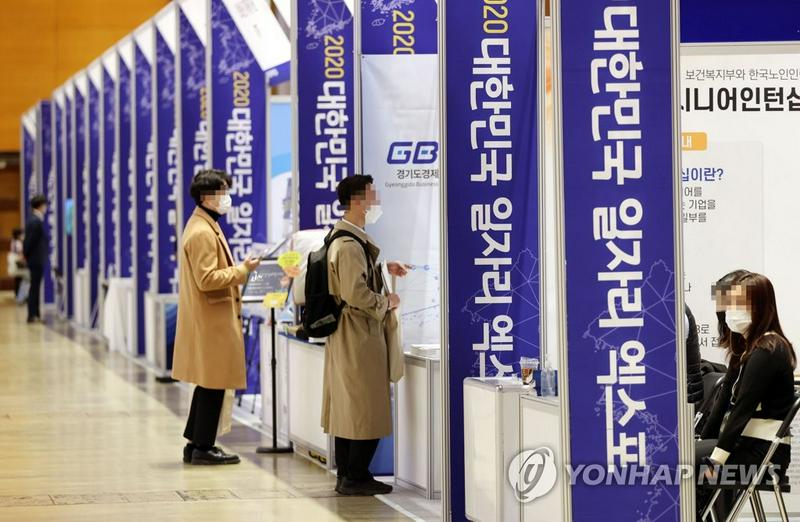 «Exports are improving, but the manufacturing industry has been still suffering job losses since September,» Chung Myung-dong, a senior official at the statistics agency, said at a press briefing.

The number of temporary workers declined by 261,000 on-year in October and jobs for day laborers lost 59,000 positions.

The total number of unemployed people here reached 1.03 million in October, up 164,000 from the previous year, as almost all age groups reported a rise in unemployment.

In August, the Bank of Korea (BOK) presented the bleak outlook for the job market, saying that the number of the employed is expected to decline by 130,000 this year, a turnaround from its May estimate of an increase of 30,000.