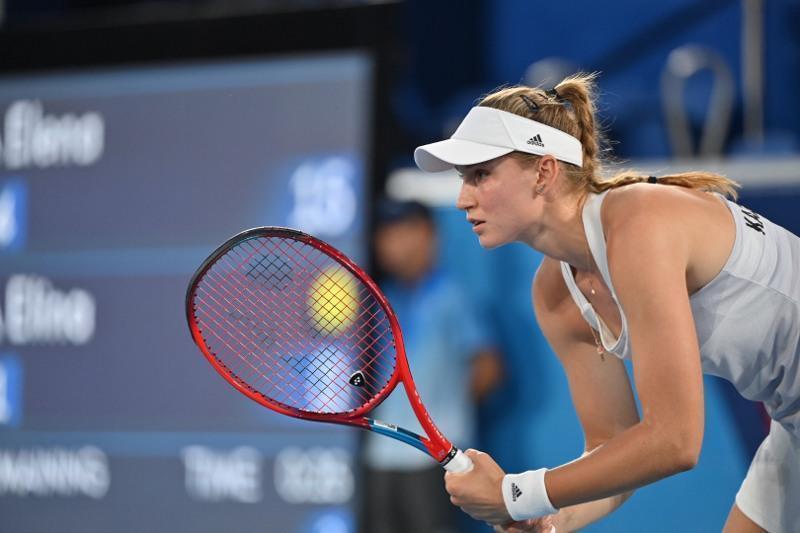 NUR-SULTAN. KAZINFORM – Yelsiyar Kanagatov, Director of the Sports Directorate of the National Olympic Committee of the Republic of Kazakhstan, says work of the Kazakhstan Tennis Federation in preparations for the Tokyo Olympics was effective, Kazinform correspondent reports.

While addressing a press briefing Kanagatov praised the effective work of the Kazakhstan Tennis Federation, adding that Kazakhstani tennis had propelled to a new level at the Tokyo Olympics.

«Our tennis players demonstrated good results [at the 2020 Tokyo Olympics],» he stressed.

In his words, [Kazakhstani tennis player] Elena Rybakina has promising future and will be rewarded for her excellent performance at the main sporting event of the year.

Recall that Elena Rybakina stopped one step away from the podium in Tokyo losing in the Women Singles Bronze Tennis Match to Ukrainian Elina Svitolina.

«We earned Olympic quotas for tennis players at the Tokyo Olympics. Seven tennis players represented Kazakhstan at the Olympics. This is an unprecedented result for Kazakhstan and the country should pay more attention to such sports,» Kanagatov told the press briefing.

Unfortunately, the majority of Kazakhstani and foreign tennis players were unable to demonstrate their full potential in Tokyo because of scorching heat and high humidity, Kanagatov added.