Russia’s android robot to travel from Baikonur, to stay 4 more days in orbit than planned 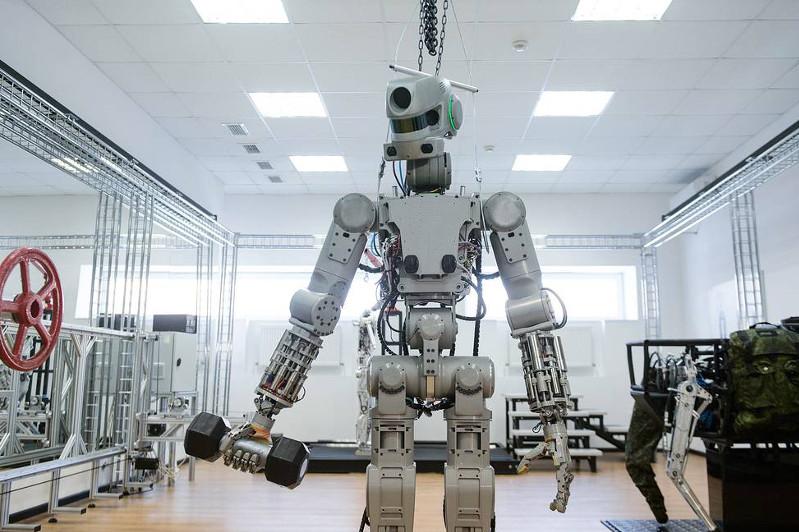 MOSCOW. KAZINFORM The return of the Soyuz MS-14 spacecraft with the android robot Fedor, which is due to travel to the International Space Station (ISS) on August 22 from Baikonur spaceport, has been rescheduled for September 7, Russia’s State Space Corporation Roscosmos told TASS.

«The landing of the Soyuz MS-14 spacecraft has been rescheduled from September 3 for September 7,» the federal space agency said, TASS reports.

The android robot Fedor has been developed by Android Technology Company and the Advanced Research Fund on a technical assignment from Russia’s Emergencies Ministry. The ‘Rescuer’ robot demonstration prototype was made in 2016. Initially, the robot was dubbed the Avatar but later got its own name FEDOR (Final Experimental Demonstration Object Research). In 2018, the FEDOR’s exhibition model for the All-Russian Exhibition Center (VDNKh) in Moscow was created.

Before its travel to the space station in August, the android robot has got its own name of Skybot F-850 where the letter F stands for its affiliation with the Fedor family of robots. On July 23, the Fedor opened its own account in Twitter.

In Russia 5,482 cases of COVID-19 detected over 24 hours
News from dashboard.idealmedia.com
Popular