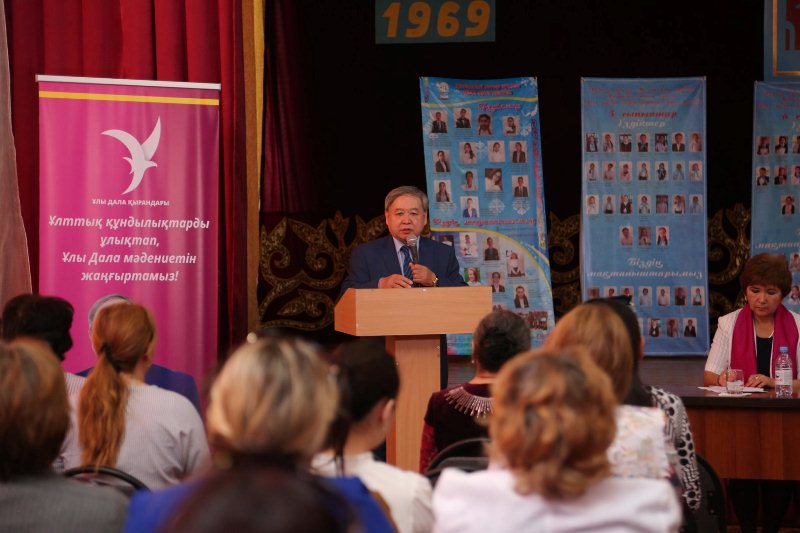 After the meeting, Sadybek Tugel and his agents visited the Kabanbai Batyr Mausoleum and a pantheon situated next to it.