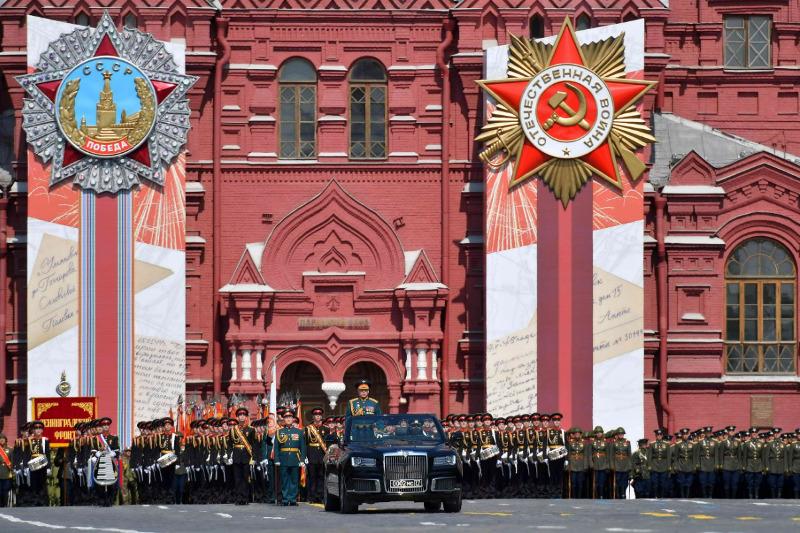 MOSCOW. KAZINFORM - President Kassym-Jomart Tokayev attended the military parade to mark the 75th anniversary of Victory in the Great Patriotic War on Red Square in Moscow, as well as participated the ceremony of laying wreaths at the Tomb of the Unknown Soldier, Kazinform has learnt from the Akorda’s press service.

At the level of Heads of state and Government, along with Kassym-Jomart Tokayev and the initiator of the solemn ceremony, President of Russia Vladimir Putin, the anniversary parade was also attended by President of Belarus Alexander Lukashenko, President of Moldova Igor Dodon, President of Serbia Aleksandar Vučić, President of Tajikistan Emomali Rakhmon, President of Uzbekistan Shavkat Mirziyoyev, the Serb member of the Presidency of Bosnia and Herzegovina Milorad Dodik, as well as heads of a number of international organizations.

The anniversary parade was attended by more than 13 thousand military personnel, 216 units of military equipment, 75 units of various types of military aircrafts.

53 military columns, as well as 13 military companies representing the armed forces of the CIS countries and other foreign states marched in a ceremonial march on Red Square. The Republic of Kazakhstan was presented by the 55 servicemen of military units of the air assault troops.