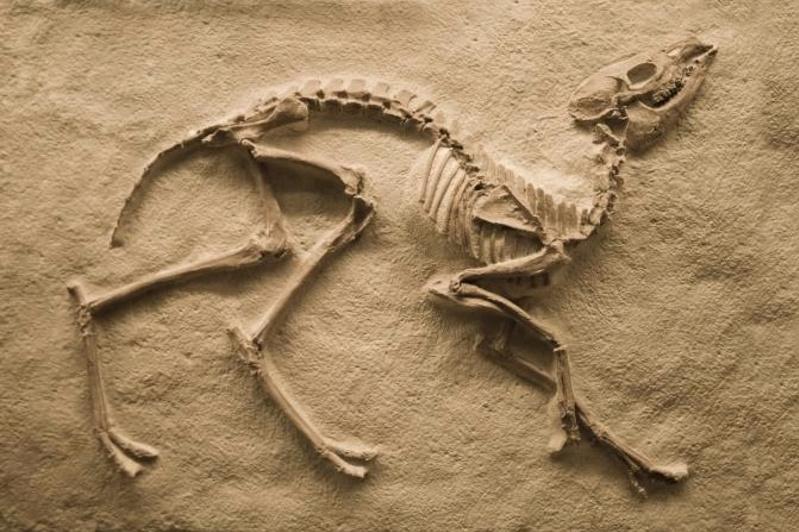 LONDON. KAZINFORM- An international team of scientists may have identified traces of genetic material in an exceptionally well-preserved dinosaur fossil－further fueling fantasies that we might one day be able to resurrect the ancient reptiles in the style of hit Hollywood franchise Jurassic Park, China Daily reports.

The specimen, which comes from the skull of a baby duck-billed dinosaur called Hypacrosaurus, appears to contain fossilized cell nuclei and chromosomes within preserved bone cartilage, according to Alida Bailleul, a paleontologist from the Chinese Academy of Sciences who led the study.

«I couldn't believe it, my heart almost stopped beating,» Bailleul said of the first time she observed the fossil under a powerful microscope.

Bailleul noticed shapes consistent with cartilage cells. Within these, she found further structures resembling cell nuclei and chromosomes, the slender rods that contain a cell's DNA.

«Seeing exquisitely preserved microscopic structures that resembled the specific cell types found only in cartilage, and which would have been present in the living organism in these tissues, led us to hypothesize that cellular preservation may have extended to the molecular level,» said Bailleul.

Through staining and immunological techniques, the team successfully determined that the fossilized cells still contain remnants of proteins.

The study was published in the National Science Review and included researchers from the Chinese Academy of Sciences in China, North Carolina State University and Chapman University in the United States, Dalhousie University in Canada and the University of Lund in Sweden.

More studies need to be done to determine if the preserved proteins belong to the deceased dinosaur itself, or if they arrived through other lifeforms.

Mary Schweitzer, a paleontologist from the University of Lund, who contributed to the study, said that some clues could rule out a tainted sample.

«These tests show how specific the antibodies are to each type of protein, and support the presence of collagen II in these tissues,» Schweitzer says. «Additionally, bacteria cannot produce collagen, which rules out contamination as the source of the molecules.»

While the fossil provides a rare view into the structure of ancient cells, the chances that any genetic material has survived intact are vanishingly small.

The DNA molecule is fragile and breaks down easily, with degradation sped up by exposure to heat, water, sunlight and oxygen. Up until the early 1980s, scientists had only been able to sequence, or copy, DNA from well-preserved specimens that were a few thousand years old.

DNA sequencing was revolutionized with the invention of the polymerase chain reaction, or PCR, technique in 1983－coincidentally the same year that science fiction author Michael Crichton conjured up the idea for his Jurassic Park series.

Using PCR, the oldest DNA ever sequenced is from a 700,000-year-old horse leg preserved in the permafrost in the Yukon Territory of western Canada.

The Hypacrosaurus fossil, which comes from a dinosaur nesting site unearthed in Montana in the 1980s, is around 75 million years old, and it is not generally accepted in the scientific community that DNA can survive this long.