Over 600,000 meals distributed in Kazakhstan, Tajikistan and Kyrgyzstan under 100 Million Meals campaign 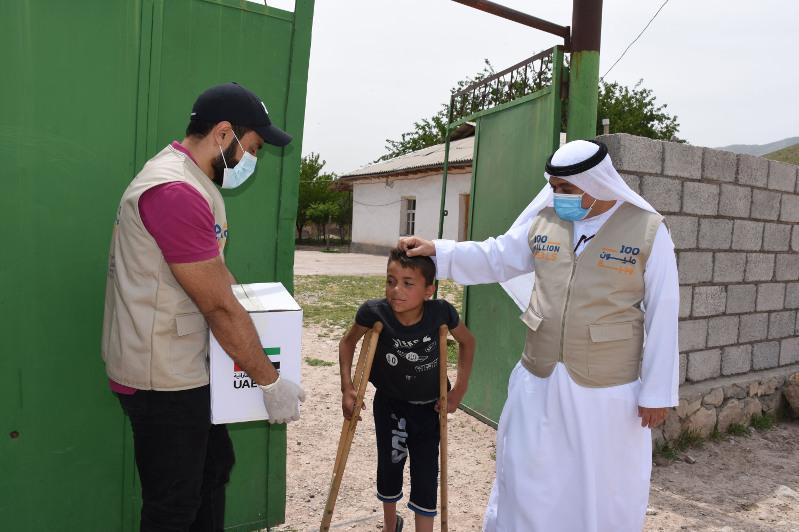 DUBAI. KAZINFORM More than 600,000 meals have been distributed in villages and underprivileged communities of Kazakhstan, Tajikistan and Kyrgyzstan as part of the «100 Million Meals» campaign.

Food parcels - equivalent to 200,000 meals in each country in Central Asia - were distributed in collaboration with the Mohammed bin Rashid Al Maktoum Humanitarian and Charity Establishment (MBRCH), the UAE Ministry of Foreign Affairs and International Cooperation, local authorities and humanitarian organisations, to ensure wide and swift outreach to people most in need, WAM reports.

About 3,100 families, with an average of seven members, received parcels carrying easy-to-store food items including flour, rice, sugar, and oil that enable them to prepare their own meals for one month. 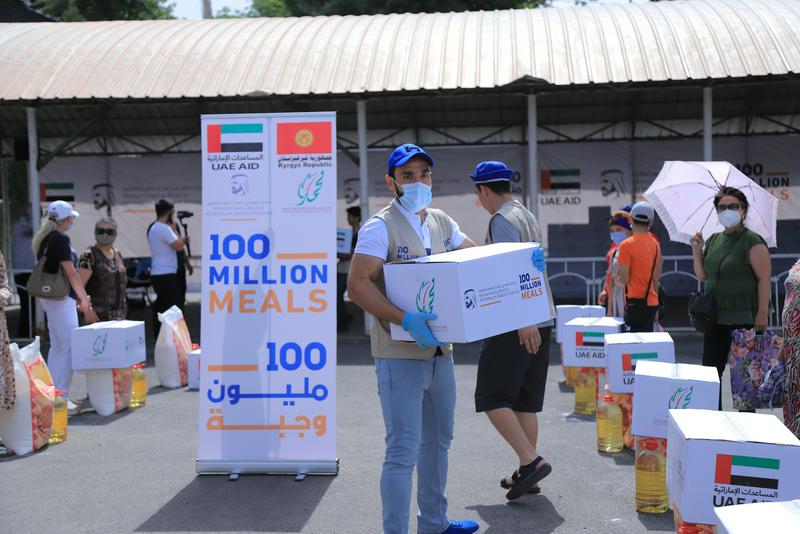 Each food basket sustains a family of seven for a month in each of the three Asian countries, as the massive food distribution drive continues with aims to provide food aid across 30 countries.

Ibrahim Mohammed Bu Melha, Adviser of the Ruler of Dubai for Cultural and Humanitarian Affairs and Deputy Chairman of the Board of Trustees of MBRCH, said that the cooperation with stakeholders was key to the success of the campaign, which embodies the values and principles of the UAE that positioned it as a global leader in humanitarian aid.

Sultan Mohammed Al Shamsi, Assistant Minister of Foreign Affairs and International Cooperation for International Development Affairs, said, «The 100 Million Meals campaign united the UAE’s diverse society, with all its nationalities and cultures, under the common goal of empowering people in need in 30 countries. The overwhelming influx of donations is testament to the deeply embedded humanitarian values in the UAE’s society and people’s keenness to support humanitarian aid campaigns to help vulnerable communities across the world.» 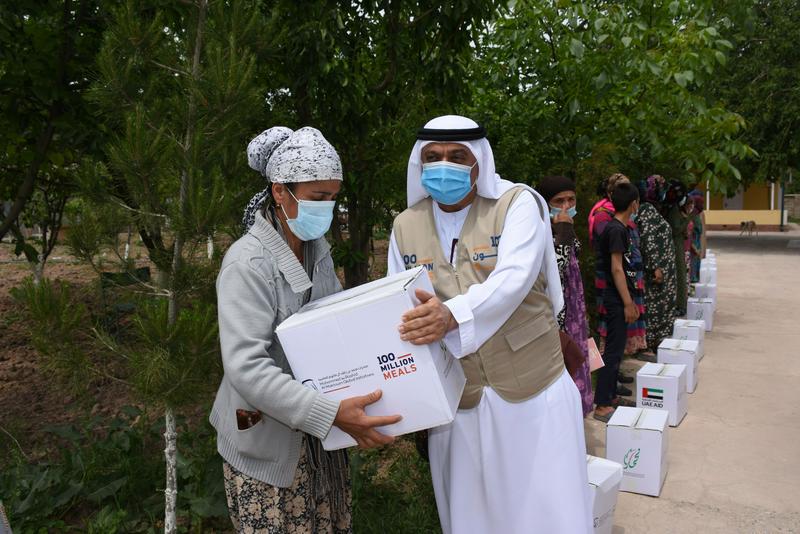 He added, «malnutrition and hunger threaten more than 821 million people in our world today. The COVID-19 outbreak has intensified the hunger crisis among already vulnerable populations.»

In Kazakhstan, the distribution of food parcels was carried out in cooperation with the Ummah Charity Association and reached the cities of Nur-Sultan, Almaty, and Shymkent, as well as villages in the Karaganda and Turkestan provinces.

In Kyrgyzstan, food parcels were delivered to beneficiaries in cooperation with the Charity Works Association in the capital Bishkek, the Mayo region, in the countryside of Bishkek in the Qlais Urdu region, and the Alamedin region. 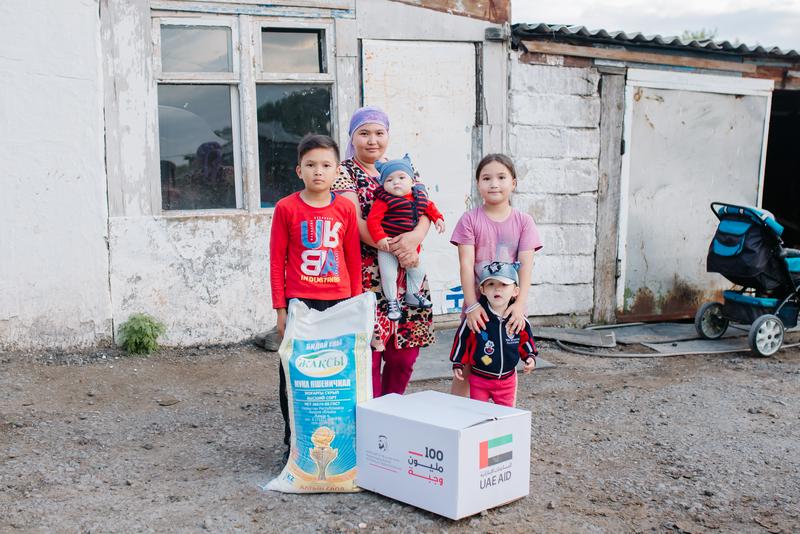 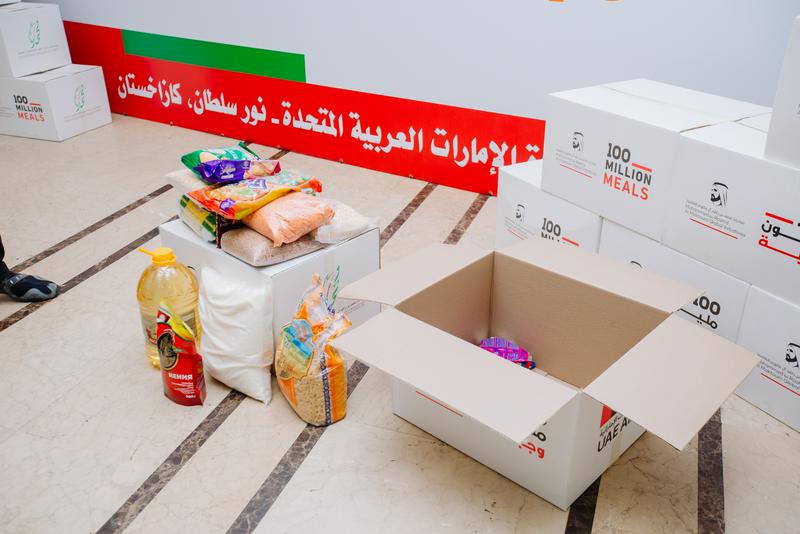 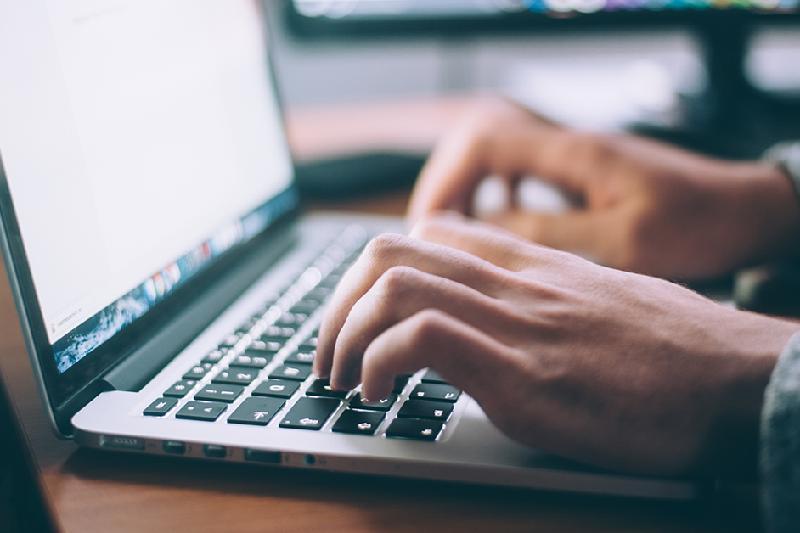 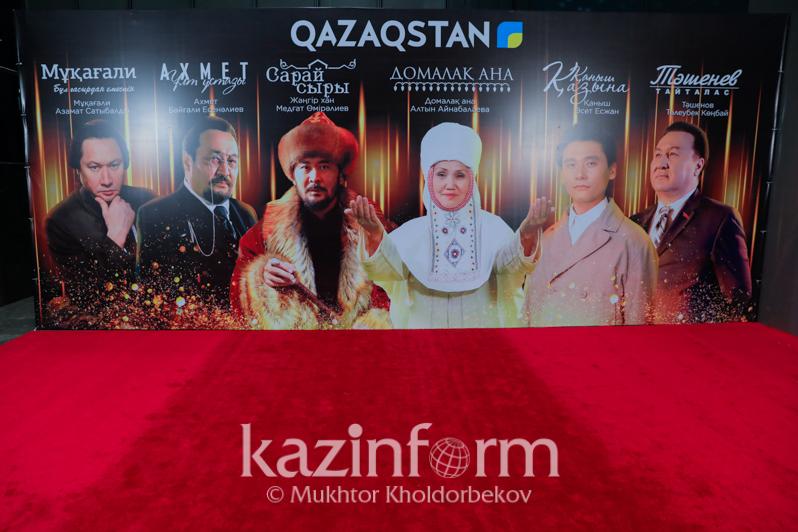