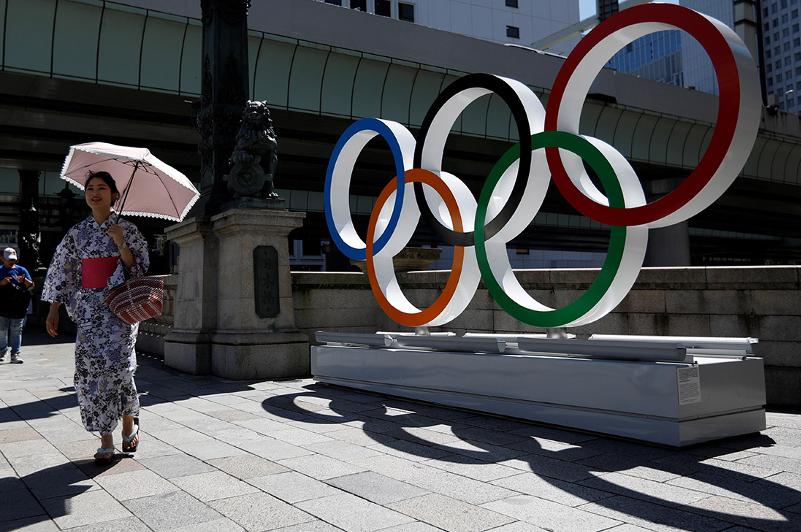 TOKYO. KAZINFORM Japan will make preparations to hold the Tokyo Olympics and Paralympics as scheduled despite the World Health Organization characterizing a day earlier the coronavirus outbreak as a pandemic, the top government spokesman said Thursday, Kyodo reports.

«There is no change to the government stance that we will make preparations for the Tokyo Games as planned by keeping close contact with the International Olympic Committee, organizers, and the Tokyo metropolitan government,» Chief Cabinet Secretary Yoshihide Suga said at a press conference.

Echoing the government's position, executives with the 2020 Tokyo Olympic and Paralympic Games organizing committee said they would hold the multi-sports events this summer as planned.

«Nothing has changed significantly. We are working with the organizations involved to prepare for the games,» a senior official said.

However, a different official expressed doubt about the possibility of proceeding without disruptions, saying difficult decisions lay ahead.

WHO Director General Tedros Ghebreyesus said Wednesday that the organization had «made the assessment that COVID-19 can be characterized as a pandemic,» referring to the official name of the disease, noting that the organization is «deeply concerned both by the alarming levels of spread and severity.»

Tokyo Gov. Yuriko Koike expressed concern that the pandemic declaration could affect discussions over the hosting of the Tokyo Games, but added, «There is no way that the games will be canceled.»

The remarks came as the outbreak has created uncertainty over whether the Olympics can be held as scheduled from July 24 to Aug. 9 and the Paralympics Aug. 25 to Sept. 6.

On Wednesday, Haruyuki Takahashi, a member of the Tokyo Olympic organizing committee's executive board, said he will raise the topic of a possible delay to this summer's games due to the coronavirus outbreak during a board meeting later this month.

«There are people who say various things. But if you think about the preparations made so far and the feeling of the Japanese people, (a delay) is unthinkable,» Koike told reporters, adding that it is up to the IOC to make a final judgement.

An aide to Prime Minister Shinzo Abe expressed a sense of caution, saying the WHO statement could create a sense that the world is in no position to hold the Olympics.

The coronavirus has spread from the central Chinese city of Wuhan to over 110 countries and territories, with nearly 120,000 confirmed cases.

In Japan, the total number of infections has topped 1,300, including around 700 from the Diamond Princess cruise ship that was quarantined near Tokyo in February.

«The outbreak seems to be subsiding in China but when you hear the word 'pandemic,' it feels like there is no end in sight. I doubt that the Tokyo Games will be held (as planned),» said a 60-year-old man in Sapporo, the capital of Hokkaido in northern Japan.

About 120 cases have been confirmed in Hokkaido and its governor Naomichi Suzuki has declared a state of emergency.

At JR Osaka Station in western Japan, Misao Takemura, a 63-year-old worker from Otsu, Shiga Prefecture, expressed understanding of the WHO's statement.

«I think it's a message from the WHO calling for a deeper sense of crisis by describing the situation as a pandemic,» Takemura said.

In Tokyo, JR Shimbashi Station was relatively quiet during the rush hour. Prime Minister Abe has been asking companies to promote teleworking and stagger shifts to reduce the risk of transmission.

«Globally, it may be a pandemic. But Japan has been dealing with the outbreak accordingly. The important thing is not to spread worries and confusion,» a 46-year-old female worker from Tokyo's Kita Ward said.