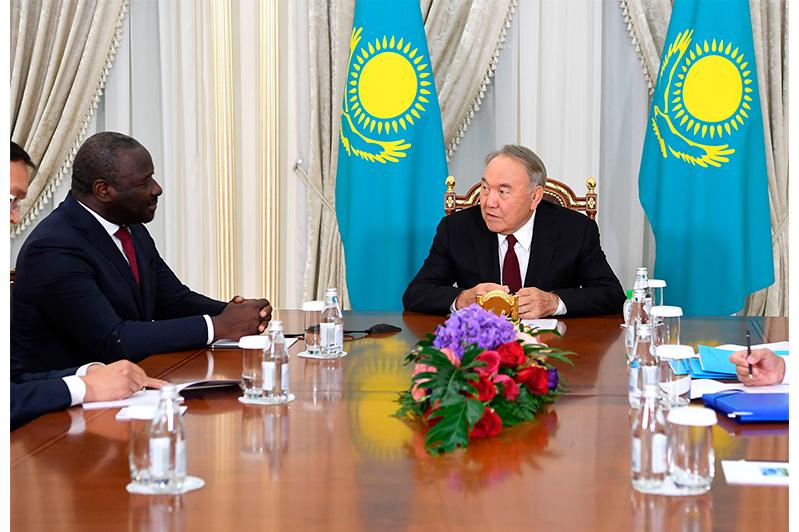 NUR-SULTAN. KAZINFORM First President of Kazakhstan Nursultan Nazarbayev met with Executive Secretary of the Comprehensive Nuclear-Test-Ban Treaty Organization Lassina Zerbo in the capital of Kazakhstan, the official website of the Elbasy reports.

Nursultan Nazarbayev congratulated Lassina Zerbo on the award received for the contribution to building the nuclear-free world. The Leader of the Nation expressed hope that Kazakhstan and the Comprehensive Nuclear-Test-Ban Treaty Organization would further join efforts for the sake of humanity.

In his turn, Lassina Zerbo highlighted the role of Nursultan Nazarbayev in strengthening global security. «Probably there is no such a leader around the world who could embody the goals of our efforts aimed at building the nuclear-free world and prohibition of nuclear tests. I intend to continue your legacy you have laid the foundation for. All, you have done, sets the example for the entire developing world,» Lassina Zerbo said.