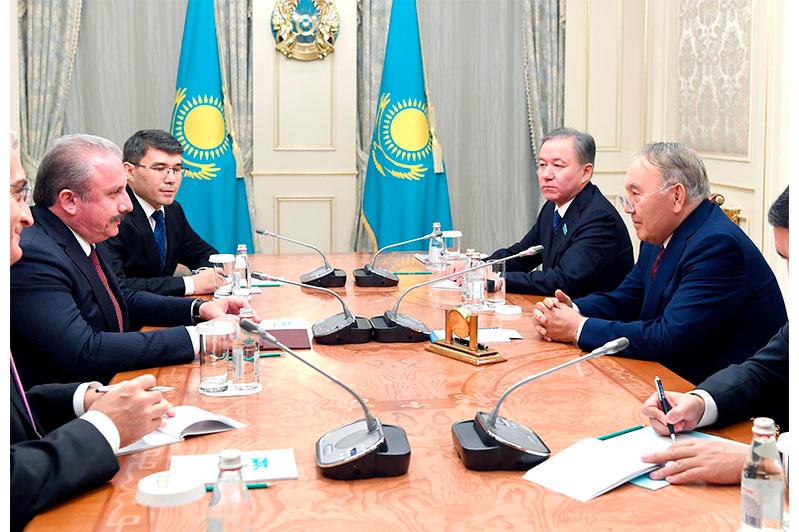 NUR-SULTAN. KAZINFORM Nursultan Nazarbayev had talks today with Mustafa Şentop, the Speaker of the Grand National Assembly of Turkey.

During the meeting the First President of Kazakhstan highlighted the strategic nature of relations between the nations, the Elbasy official website reads.

«This year marks the 10th anniversary of the strategic partnership between Kazakhstan and Turkey. The nations have close political ties, including inter-parliamentary and inter-departmental cooperation. The countries enjoy a visa-free regime, report sales growth. Last year the commodity turnover approached USD 2 bln, more than 2,000 joint ventures were set up. About 2,000 Kazakhstanis study in Turkey,» Nursultan Nazarbayev said. 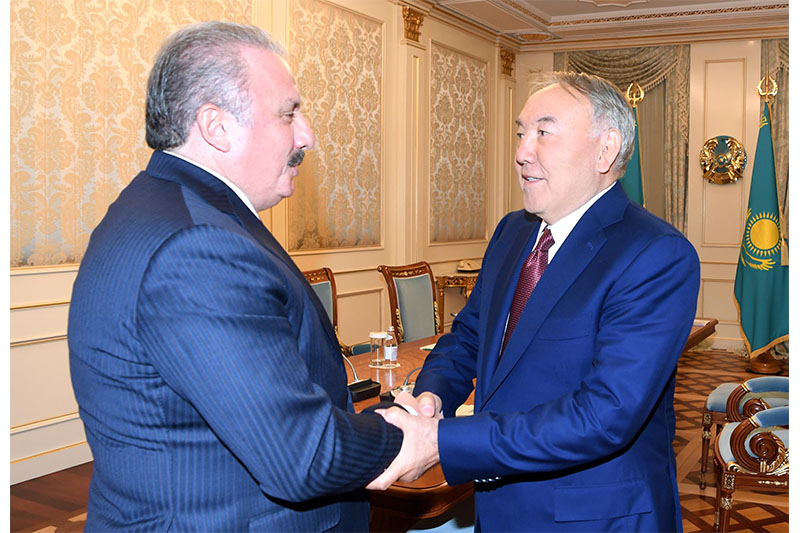 In his turn, Mustafa Şentop expressed gratitude to the Elbasy for the meeting and conveyed warm words of greeting on behalf of Turkey’s President Recep Tayyip Erdoğan.

As earlier reported, the heads of foreign delegations arrived in Kazakhstan to attend the 4th meeting of the Speakers of the Eurasian Countries’ Parliament slated for September 24.