Number of COVID-19 cases tops 1,000 in US: Johns Hopkins University 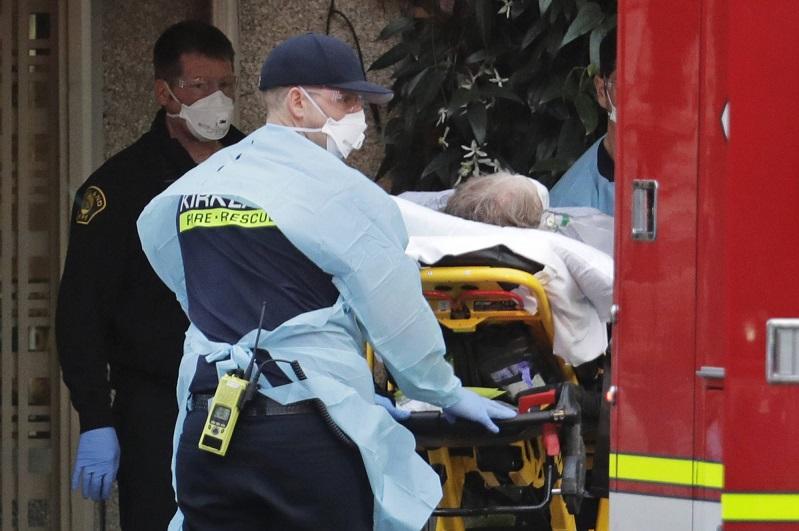 NEW YORK. KAZINFORM - The total number of confirmed COVID-19 cases in the United States reached 1,001 with 28 deaths by 11:30 pm EST Tuesday (0330 GMT on Wednesday), according to the Center for Systems Science and Engineering (CSSE) at Johns Hopkins University, China Daily reports.

The state of Washington has reported over 260 cases, followed by New York with 173 cases and California 144 cases.

More clusters have surfaced in various locations around the country. Over 70 patients are connected to a biotech conference in Boston, and outbreaks have taken place in several nursing homes in Seattle area.

New York Governor Andrew Cuomo said on Tuesday that the state will set up a containment area in a COVID-19 hotspot and send the National Guard into it to help contain the virus.

At a press conference, Cuomo said that National Guard troops will be sent to New Rochelle, Westchester County, to help clean surfaces and deliver food in the area.

The containment area will be within one-mile-radius around a point near a synagogue, in which schools, houses of worships and other large gathering places will be closed for two weeks.

New Rochelle is at the center of an COVID-19 outbreak in Westchester County, which is just outside New York City and currently has 108 confirmed cases.

It is also home to the state's second confirmed case, an attorney who worked in Manhattan and is linked to dozens of cases diagnosed during the past week.

«It is a dramatic action, but it is the largest cluster of cases in the country,» said Cuomo. «The numbers are going up unabated, and we do need a special public health strategy for New Rochelle.»

Their moves were seen as the first disruptions the outbreak has caused to the 2020 US presidential primary.

Both the Sanders and Biden campaigns thanked supporters who planned to attend the events on Tuesday, a mini-Super Tuesday when six states -- Idaho, Michigan, Mississippi, Missouri, North Dakota and Washington -- were holding primaries for voters to select their preferred presidential candidate this year.

Also on Tuesday, California Governor's Office of Emergency Services announced that over 400 people were taken off the coronavirus-striken Grand Princess cruise ship at the port of Oakland the day before.

The Grand Princess cruise ship that carries over 3,000 people, including 21 people who have tested positive for coronavirus, docked at the port of Oakland Monday after being held off at sea for days.

Among those who disembarked were two travelers who tested positive for COVID-19 on Friday. They were taken to hospitals along with their travel companions.

California Office of Emergency Services officials emphasized that the first day of disembarkation focused on passengers with the greatest medical need, not necessarily related to COVID-19.