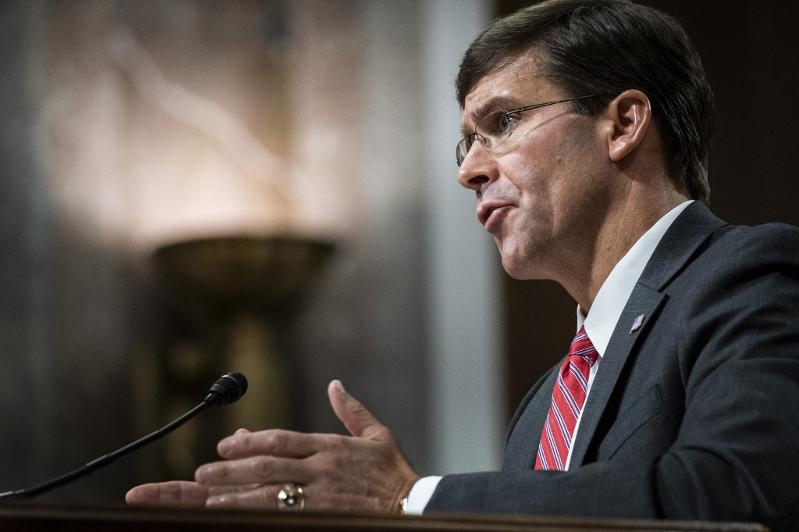 SEOUL. KAZINFORM - U.S. Defense Secretary Mark Esper was to arrive in South Korea on Thursday for talks that are expected to include a series of requests Washington has been making to Seoul, including a greater financial contribution to the costs of stationing American troops here, Yonhap reports.

Also expected to be on the agenda for Esper's talks with South Korean Defense Minister Jeong Kyeong-doo are the U.S. initiative to secure the shipping routes in the Strait of Hormuz and Washington's wish to get a military information-sharing pact between the South and Japan renewed.

Esper is scheduled to land in South Korea later in the day from Mongolia for a two-day visit as part of his five-nation trip to the Asia-Pacific region. His trip includes stops in Australia, New Zealand and Japan, according to defense ministry officials. It is his first overseas travel since taking office last month.

On Friday, he plans to meet with Jeong to discuss pending issues, including «ways to boost cooperation for the denuclearization of the Korean Peninsula and the condition-based transfer of the wartime operational control,» Jeong's office said in a release.

After the talks, the two sides are expected to publicly release details on the Seoul-Washington combined military exercise.

The allies practically kicked off their summertime combined exercise on Monday, though neither side has officially confirmed its commencement in apparent consideration of North Korea, which has sent strong warnings repeatedly against the exercise by launching short-range missiles.

The command post exercise is meant to test South Korea's initial operational capability (IOC) for the envisioned OPCON transfer from Washington to Seoul, according to the officials.

During his visit, Esper is also likely to reiterate U.S. support for the General Security of Military Information Agreement (GSOMIA), the military information-sharing pact between Seoul and Tokyo, as a key trilateral security mechanism, due to the possibility of its abrogation amid a trade and diplomatic row between the two countries.

Also drawing attention is whether tough and sensitive issues will also be on the table, including Seoul's possible participation in the U.S.-led coalition to safeguard the Strait of Hormuz off Iran amid heightened tensions between Washington and Tehran.

The U.S. is struggling to drum up support for its efforts to counter Iranian activities in the strategically crucial sea lane, and South Korea is known to have been reviewing various options, though no formal requests regarding the matter have been received.

Esper's visit also comes as the U.S. is calling on Seoul to pay more for the upkeep of the 28,500-strong U.S. Forces Korea. While President Donald Trump tweeted Wednesday that the two nations have begun talks on the issue, the foreign ministry here said their official negotiation has yet to be launched.

The defense chief is also expected to pay a courtesy call on President Moon Jae-in.

Esper, who served the secretary of the Army, was sworn in as the 27th Secretary of Defense in July after seven months of turmoil surrounding the top job at the Pentagon since James Mattis resigned the post in December.