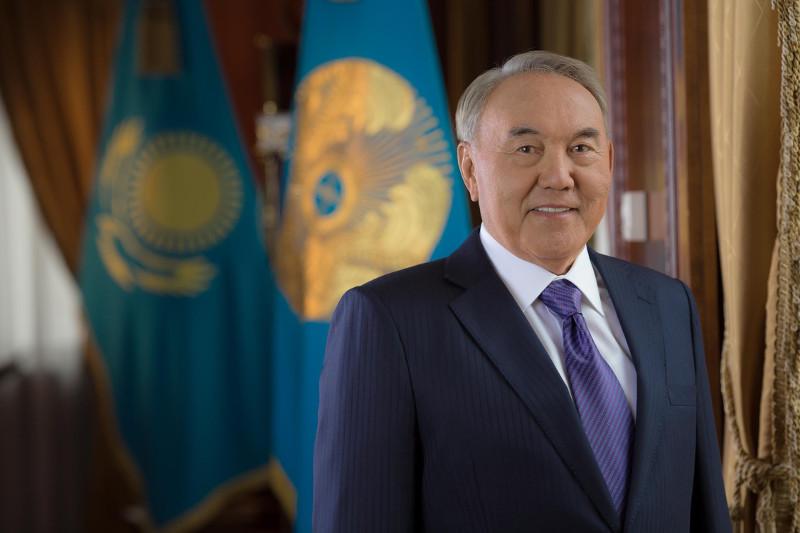 NUR-SULTAN. KAZINFORM - The International Conference on interfaith dialogue and national unity, held in the capital of the Islamic Republic of Pakistan - the city of Islamabad, has hosted a ceremony of awarding the First President of the Republic of Kazakhstan-Elbasy Nursultan Nazarbayev one of the prestigious international prizes «For Merit to the State and the Public», Kazinform reports.

The prize was bestowed by Asad Qaiser, Speaker of the National Assembly of Pakistan.

The high award was initiated by the Council of the Islamic Research Institute of the International Islamic University of Islamabad.

The International Award «For Merit to the State and the Public» is awarded to prominent figures of the world for their outstanding contribution to strengthening unity, accord and safe coexistence in the interests of all humanity.

The Award Committee «For Merit to the State and the Public» believes that the First President of the Republic of Kazakhstan- Elbasy Nursultan Nazarbayev is the founder of the modern state, reformer and strategist. The fundamental contribution of Nursultan Nazarbayev is the creation of a unique global inter-religious dialogue platform as the Congress of Leaders of World and Traditional Religions and promotion of ideals of peace, accord, humanism, tolerance and inter-religious coexistence. 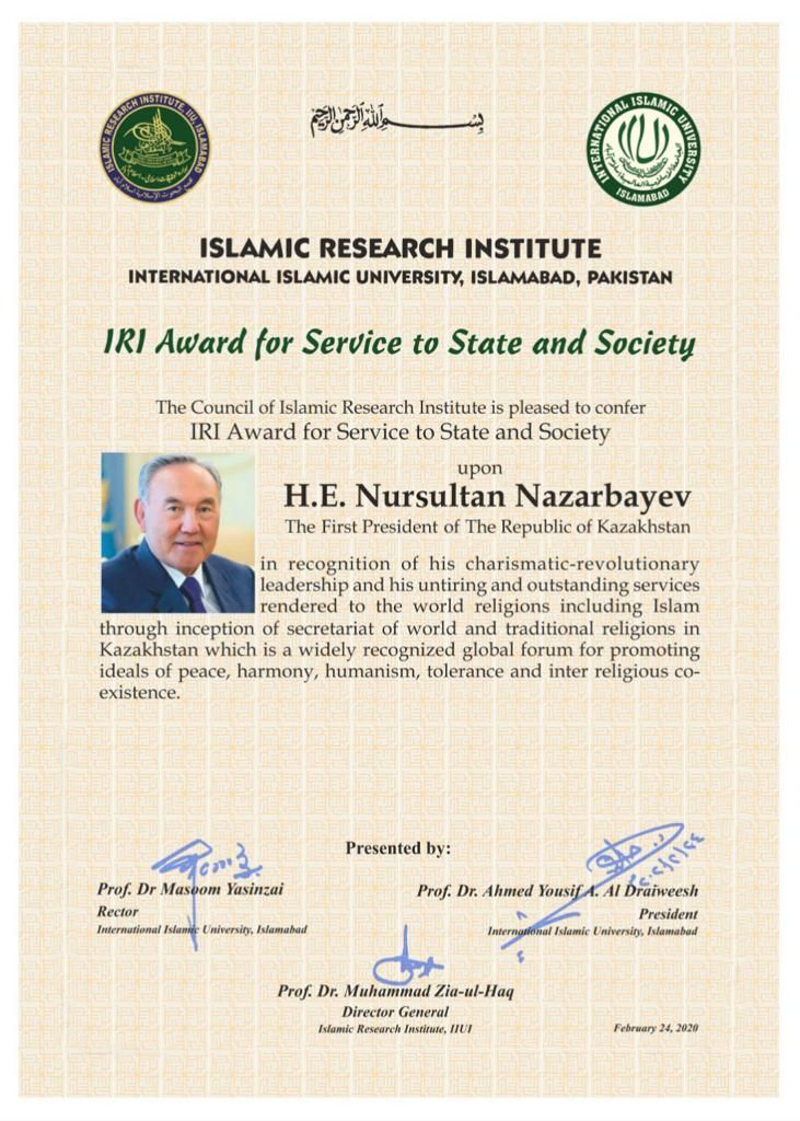