Moon to hold virtual summit with EU leaders on June 30 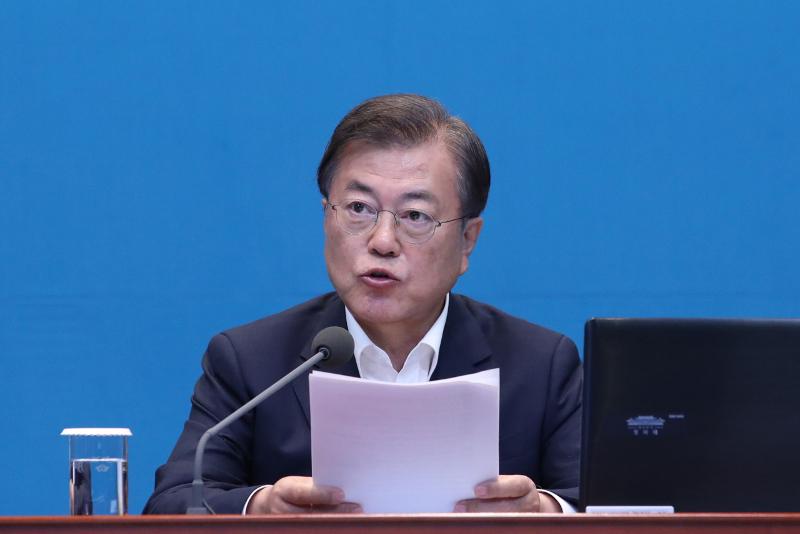 It would be Moon's first bilateral summit talks of the year.

The two sides initially planned to have a face-to-face summit in Seoul in the first half of 2020, but they have decided to hold a videoconference first amid the continued spread of COVID-19 at the request of the EU, Kang said.

In the upcoming talks, they plan to have a wide range of discussions on the response to the virus and issues of mutual concern, including the North Korea matter, he added.

Agenda items include cooperation in efforts to contain the pandemic and develop a vaccine and treatment, as well as to promote bilateral trade and investment and strengthen partnerships on the digital economy and renewable energy.

They plan to «exchange in-depth opinions on the security condition of the Korean Peninsula as well,» Kang said, recalling the EU's «constructive contribution» to the Korea peace process so far.

South Korea expects the EU to become a major partner in its Green New Deal project aimed at sharply reducing the nation's fossil fuel use and instead developing low-carbon, environmentally friendly energy industries for job creation.

As 2020 marks the 10th anniversary of South Korea and the EU establishing their strategic partnership, Moon and the EU leaders will explore methods to elevate it to a new «forward-looking» level, the spokesman said.

South Korea is one of the EU's 10 strategic partners, along with the United States, Japan, China, Brazil, Russia, India, Canada, Mexico and South Africa.