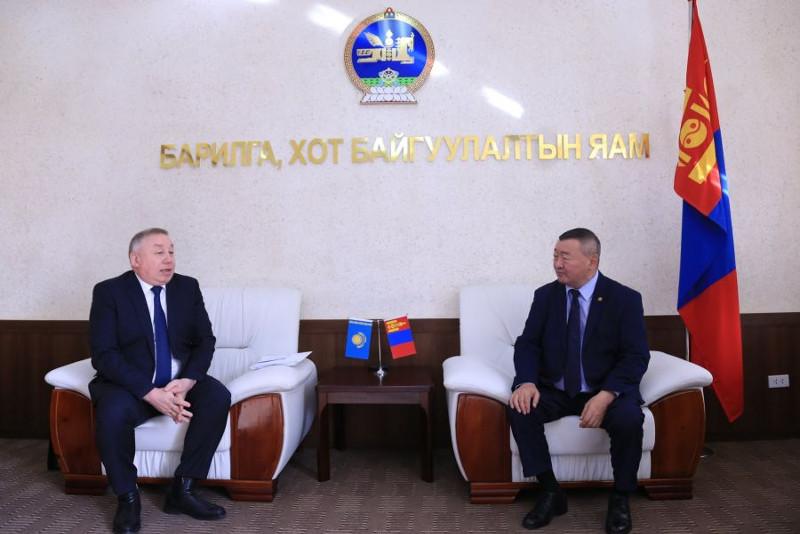 At the start of the meeting, Minister Kh.Badelkhan highlighted the Prime Minister’s official visit to Kazakhstan after 25 years, noting that the visit was successful, covering a wide range of issues and establishing intergovernmental partnership agreements.

Ambassador Zhalgas Adilbayev said: «I consider the Prime Minister’s first official visit after 25 years as successful, and that the relations between the two countries having brought to a new level with several important documents signed by the Government and the capital city officials. It is crucial to implement the objectives stated in the documents.»

During the meeting, the sides also exchanged views on developing relations between similar organizations in the framework of the issues stated in the protocol, finalizing the Memorandum of Cooperation, and came to the decision to have ministry representatives attend the first construction sector organizations’ conference for member countries of the Commonwealth of Independent States on earthquake-resistant buildings, which will take place in Nur-Sultan, Kazakhstan on November 14-15.