NUR-SULTAN. KAZINFORM Today's Birthdays is the one-stop shop where you can learn about prominent Kazakhstani people who were born on the 30th of May, Kazinform reports.

NAMES
Kazakh-born music figure and composer, corresponding member of the Academy of Sciences of Kazakhstan (1967), Honored Artist of Kazakhstan (1945), author of works about the Kazakh music 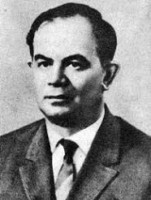 Boris YERZAKOVICH, was born 112 years ago (1908-1997). Since 1931 he collected the Kazakh musical folklore and accumulated some 2,500 songs. He published the collection of the Kazakh folklore songs and dedicated his written works to the history of the musical culture of Kazakhstan.

President of the Academy of Pedagogical Sciences of Kazakhstan 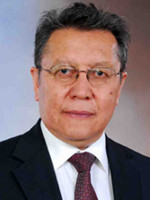 Askarbek KUSSAINOV was born in 1951 in Semey. He is a graduate of the Kazakh Polytechnical Institute and the Almaty Energy Institute. Throughout his career, Mr. Kussainov held major posts in the publishing industry – he helmed three publishing houses. He also was the President of the Altynsarin Kazakh Academy of Education and professor of the Al-Farabi Kazakh National University. He took up his recent post in 2004.

First Kazakh conductor, head of European orchestras, winner of a number of European contests of conductors, and Honored Artist of Kazakhstan 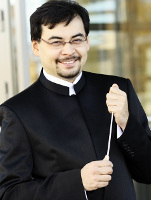 Alan BURIBAYEV was born in 1979 in Almaty city. He graduated from the Baisseitova Music College, University of Music and Performing Arts Vienna and the Kurmangazy National Conservatory. Mr. Buribayev worked in many corners of the world heading orchestras in Kazakhstan, Germany, Sweden, the Netherlands, Ireland and Japan. He is the chief conductor of the Astana Opera Theater. He also cooperates with many orchestras in Europe, Australia, the U.S., and Russia.