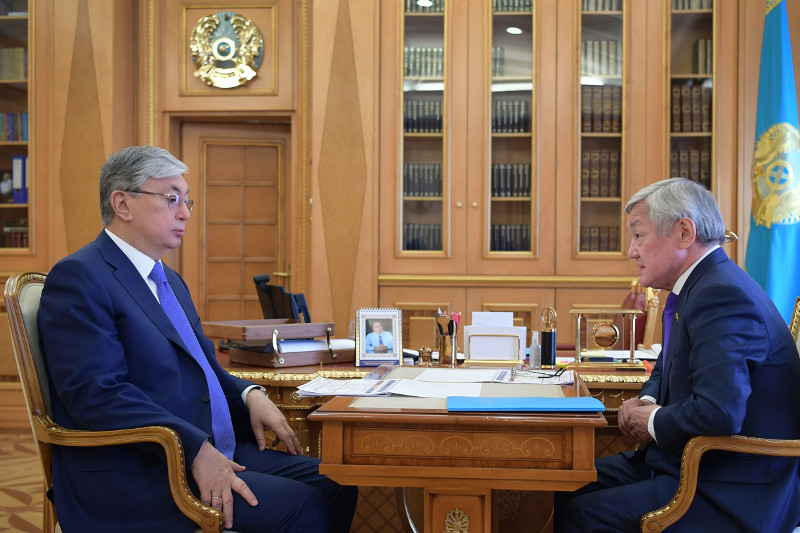 NUR-SULTAN. KAZINFORM - President of Kazakhstan Kassym-Jomart Tokayev has received today Minister of Labor and Social Protection of the Population Berdibek Saparbayev, Kazinform has learnt from the press service of Akorda.

The Head of State heard a report on the progress in implementation of the Enbek State Program, measures assumed to help low-income families with many children as well as increasing the employment rate through opening new workplaces.

In his report Minister Saparbayev pointed out that some 370,000 new workplaces were created per year on average. According to him, it is expected to create 1.1 million new jobs in next three years. Saparbayev also briefed on the mapping out of the national plan on the protection of physically disabled citizens.

At the end of the meeting, the Head of State gave a number of specific instructions on timely and efficient implementation of the social programs.