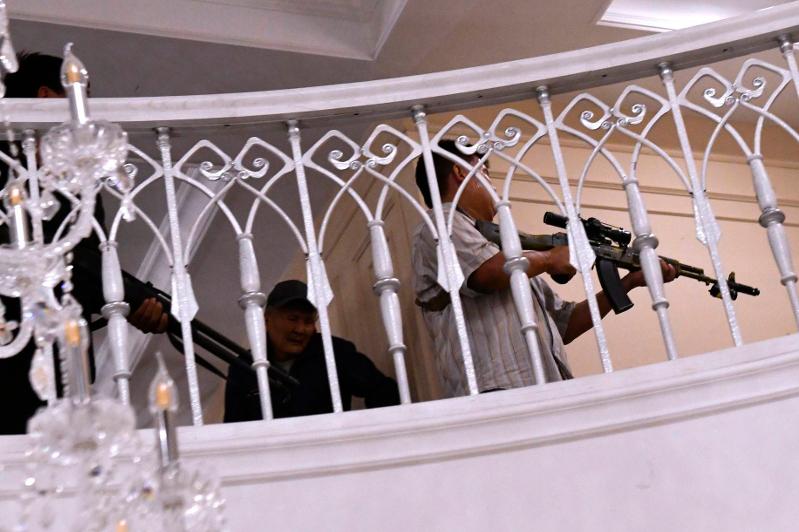 BISHKEK.KAZINFORM Former Kyrgyz President Almazbek Atambayev has revealed that he was shooting at the special forces officers who were storming his residence, he told reporters on Thursday, TASS reports.

«My supporters did not have weapons, it was me who was shooting during the assault,» he said. However, Atambayev assured that he «was trying not to hit» people. According to him, he is also willing to assist the release of the Alfa special forces officers who were captured by his backers and are now held in his residence.

On August 7, the Kyrgyz special forces launched an operation to detain former Kyrgyz President Almazbek Atambayev, who is suspected of corruption and stripped of his immunity. However, his adherents put up resistance in Koi-Tash village, where Atambayev’s residence is situated. As a result, one special forces officer died and 52 people were injured, including a journalist and law enforcement officers. The attempts to apprehend the former head of state failed. The latter has repeatedly denied all accusations.

On Thursday, Kyrgyz President Sooronbay Jeenbekov claimed that the former leader had violated the constitution by putting up armed resistance to law enforcement officers, who were undertaking his detention. In turn, Atambayev said that he plans to bring his supporters to Bishkek to hold a protest rally.