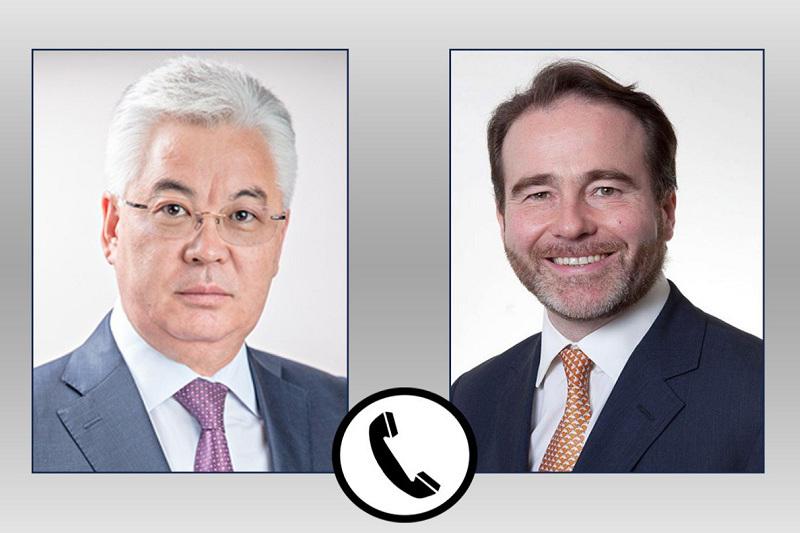 NUR-SULTAN. KAZINFORM Foreign Minister of Kazakhstan Beibut Atamkulov and Minister of State for Europe and the Americas at the UK Foreign & Commonwealth Office Christopher Pincher had a telephone conversation on the initiative of the British side, the press service of the Kazakh MFA informed.

The Kazakh Minister congratulated the British politician on his recent appointment and noted Kazakhstan’s interest in further development of constructive relations with the new leadership of the British Foreign and Commonwealth Office and the Government.

Having confirmed interest in further strengthening and expansion of the strategic partnership, the sides discussed the plans of organization of high-level mutual visits and events in the oncoming period. In particular, meetings of the Strategic Dialogue at the level of foreign ministers and the Intergovernmental Commission for Trade-Economic, Scientific-Technical and Cultural Cooperation as well as Kazakhstan Global Investment Forum will be held in London in October 2019.

The parties underlined the importance of increasing economic component of the bilateral cooperation, effective use of transit and transport potential of Kazakhstan and the opportunities of the Astana International Financial Center for broadening the partnership in financial and logistics spheres.

The sides pointed out the importance of strengthening the cultural-humanitarian and educational cooperation.