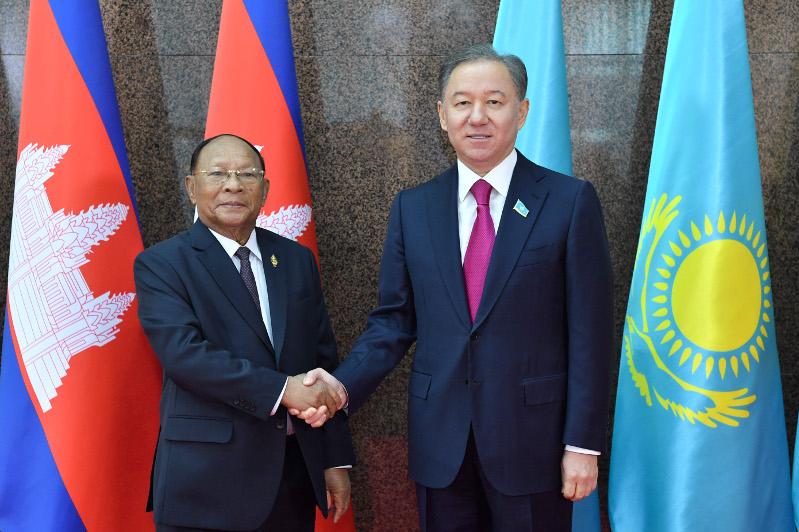 NUR-SULTAN. KAZINFORM – Today Nurlan Nigmatulin Speaker of the Majilis has met with heads of delegations which arrived in Nur-Sultan to partake in IV meeting of Speakers of the Eurasian Countries' Parliaments themed «Greater Eurasia: Dialogue. Trust. Partnership», according to the press service of the Majilis.

During a roundtable with Heng Samrin, President of the National Assembly of Cambodia, Nurlan Nigmatulin outlined a new stage of inter-parliamentary ties between Kazakhstan and Cambodia.

It is the first visit of Cambodian politician to our country. Heng Samrin stressed the like-mindedness of the two states in regard with the international agenda. He also pointed out that Kazakhstan as economically developed and sustainable country is of high interest for Cambodia.

In turn, Kazakh Majilis Speaker spoke about the interest in the enhancement of the inter-parliamentary dialogue.