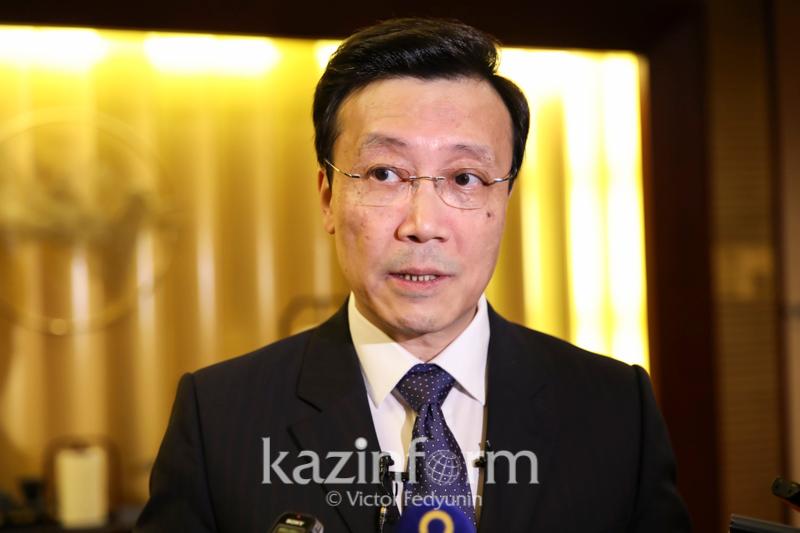 NUR-SULTAN. KAZINFORM - A conference themed «The eastern neighbor of Kazakhstan. The dynamic development of the PRC as seen by beholders» is taking place in the city of Nur-Sultan, Kazinform correspondent reports.

Speaking at the event Zhang Xiao, Ambassador Extraordinary and Plenipotentiary of the People's Republic of China to Kazakhstan, told about China's achievements within 70 years.

«This year is marked by the 70th anniversary of the founding of the PRC. 70 years is only a moment by historical standards, but the Chinese have come to this significant date with incredibly great achievements every Chinese has the right to be proud of », said Zhang Xiao.

The diplomat recalled that 70 years ago China was a technologically backward state with poor production. Today it is a big strong country with the developed economy and industry.

Separately, the ambassador touched upon the development of bilateral relations between Kazakhstan and China. He noted that in April the current year, as part of his participation in «International Cooperation. One Belt, One Road» forum the First President of Kazakhstan- Elbasy Nursultan Nazarbayev was awarded the Order of Friendship by President Xi Jinping. The President of Kazakhstan Kassym-Jomart Tokayev has made his first successful state visit to China. During the trip the leaders of our two countries decided to bring our relations to the level of an eternal comprehensive strategic partnership. This new status of relations opens up new prospects for cooperation, said the Chinese ambassador.

In addition to continuing the implementation of 55 industrial and investment projects Kazakhstan and China will develop high-tech partnership in such areas as big data, artificial intelligence, telecommunications, blockchain, digitalization etc.

«The leaders of our countries also emphasized the need to enhance cultural and humanitarian exchanges focusing on strengthening mutual understanding, mutual trust between our two countries and peoples», concluded Zhang Xiao.