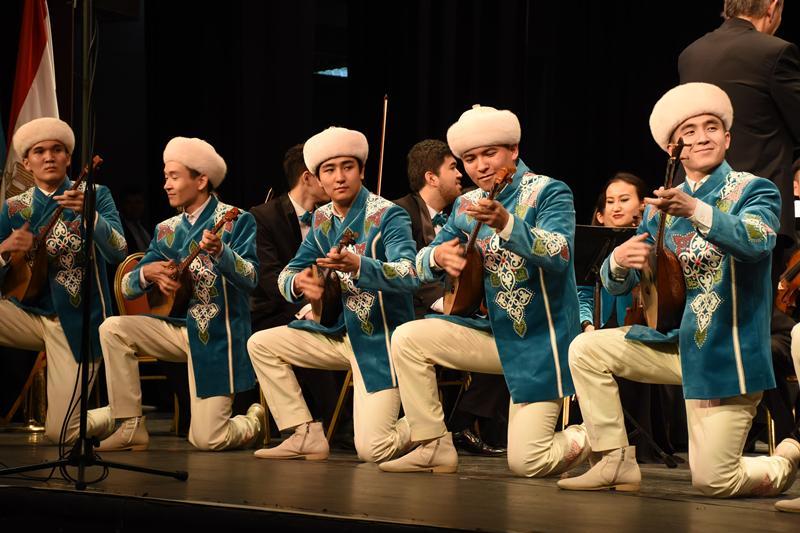 "Kazakh Eli Classic" concert was organized by Aiman Mussakhajayeva, a prominent Kazakh violinist who heads the Kazakh National University of Arts, with support from the Kazakh Embassy in Egypt within the framework of Rukhani Janghyru Program.

In his welcoming speech, Ambassador Extraordinary and Plenipotentiary of the Republic of Kazakhstan to the Arab Republic of Egypt Arman Issagaliyev pointed out that Kazakhstan and Egypt will continue strengthening cooperation in line with the agreements reached by Presidents of the two countries Nursultan Nazarbayev and Abdel Fattah el-Sisi.

The concert was also given by Eurasian symphony orchestra of students of the Kazakh National University of Arts, violin ensemble "Aigolek", conductor Aidar Torybayev, and many others.

It is worthwhile mentioning that the performers made a furor at the concert held in the Alexandria Opera House as they were given standing ovation.