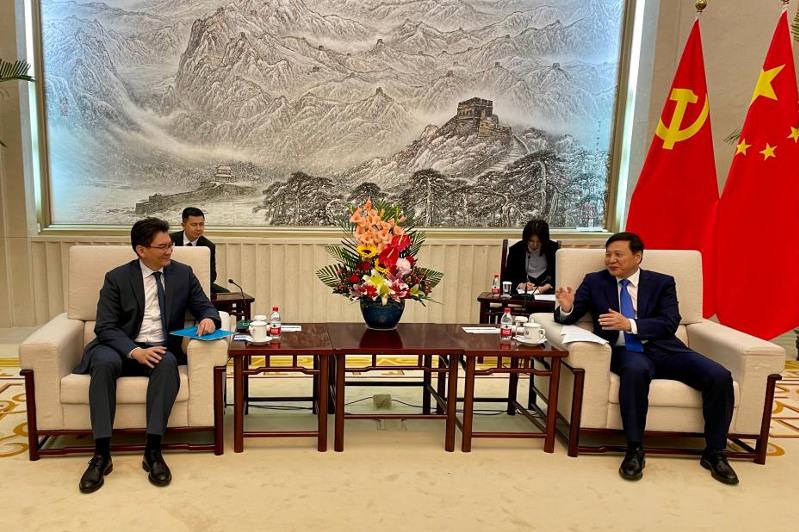 BEIJING. KAZINFORM – Kazakh Ambassador Gabit Koishibayev met with Deputy Head of the International Department of the Chinese Communist Party’s Central Committee Qian Hongshan, during which the sharing of views on the current state of and further development of multifaceted cooperation between Kazakhstan and China took place, Kazinform cites the press service of the Kazakh Foreign Ministry.

During the meeting, the Kazakh ambassador congratulated the Chinese colleague on the upcoming 100th anniversary of the Communist Party of China and underlined its key role in contacts with Kazakhstan’s parties in strengthening bilateral political ties and relations of the eternal multifaceted strategic partnership between the countries in general.

On his part, Qian Hongshan expressed gratitude to the Kazakh diplomat for the congratulations and informed about the international events in China dated to the 100th anniversary of the Chinese Communist Party.

The sides agreed on the continuation of close interaction between the Kazakh Embassy and the Central Committee’s international department on various issues of mutual interest.