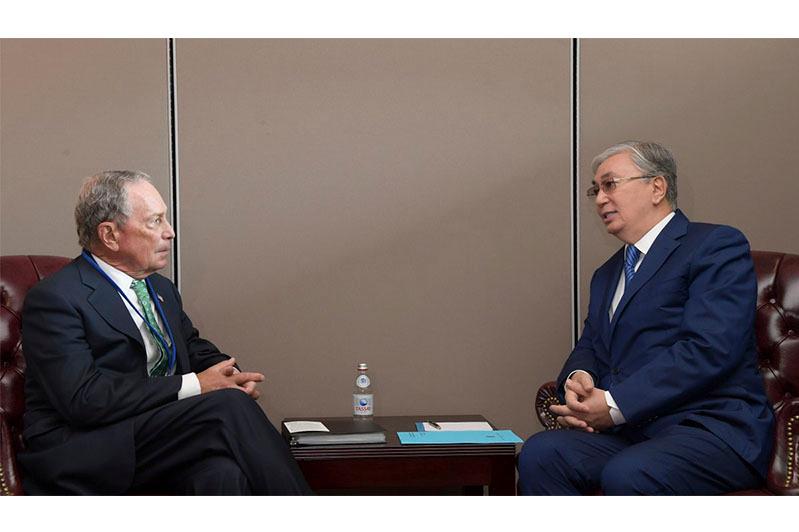 NEW YORK. KAZINFORM On the margins of the 74th session of the UN GA in New York the Head of State, Kassym-Jomart Tokayev, met with Mike Bloomberg.

«On the margins of #UNGA74 in New York met with @MikeBloomberg, CEO of Bloomberg, famous philanthropist and former Mayor of New York. We discussed opportunities for strengthening cooperation between Kazakhstan and Bloomberg, including within the AIF,» the President’s Twitter post reads.