NUR-SULTAN. KAZINFORM Today's Birthdays is the one-stop shop where you can learn about prominent Kazakhstani people who were born on the 30th of June. 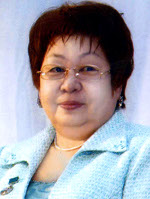 Khanbibi Yessenkarakyzy (1949) is the journalist, poetess, member of the Union of Writers, honored worker of Kazakhstan.

Born in South Kazakhstan (today’s Turkestan) region is the graduate of the Chimkent Teacher’s Training Institute.

Her poems were translated into Russia, Ukrainian, Uzbek, Kyrgyz languages. 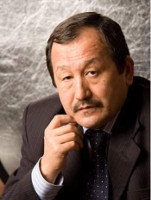 Sergei Azimov (1954) is the Kazakhstani film director, member of the Union of Cinematographers of USSR, laureate of the prize of Lenin Komsomol of Kazakhstan.

Born in Nukus is the graduate of All-Union State Cinematography Institute.

He wrote and directed more than 300 short and 20 full-length documentaries. 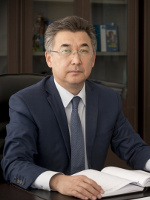 Marat Nurguzhin (1957) is the CEO at National Centre of Space Research and Technologies.

Has been working since January 2020. 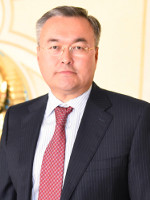 Mukhtar Tileuberdi (1968) is the Foreign Minister of Kazakhstan.

Born in Chimkent (today’s Turkestan) region is the graduate of the Kirov Kazakh State University.

Prior to the appointment has served as Deputy Foreign Minister of Kazakhstan (2016-2019).

Has been acting since September 2019.

Born in Almaty is the graduate of Turan University, served internship in Israel and Poland.

Prior to the appointment has worked as president at KazBusinessMedia Social Fund (2014-2017), director general at Kazinform International News Agency LLP (2017-2020).

Has been acting since January this year.