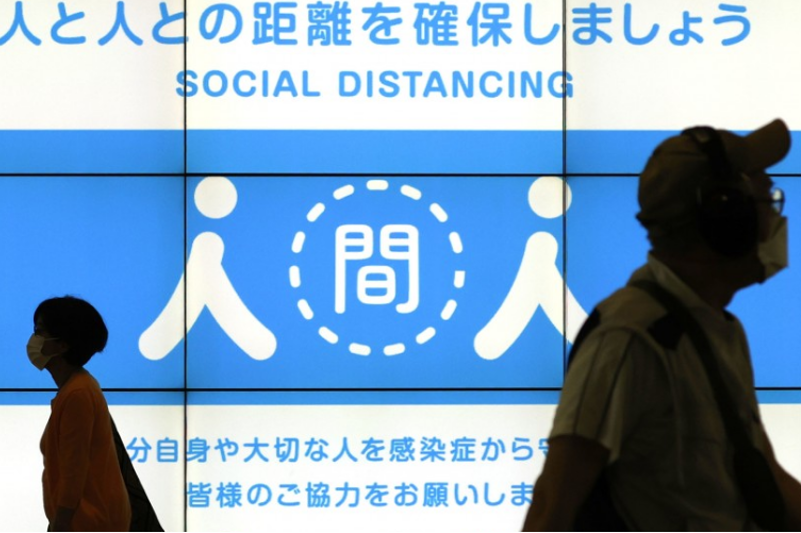 The figure exceeds the previous record of 1,260 new cases reported Wednesday when the tally topped 1,000 for the first time, adding to concerns about a resurgence of infections that has begun to expand beyond the capital.

The Tokyo metropolitan government requested on Thursday that establishments serving alcohol and karaoke parlors again close early after it confirmed a single-day record of 367 new cases of the novel coronavirus.

Tokyo Gov. Yuriko Koike requested at a press conference that such businesses operate between 5 a.m. and 10 p.m. from Monday through the end of August, adding the metropolitan government will pay 200,000 yen ($1,900) to each business abiding by virus-prevention guidelines.

An ordinance mandating the display of stickers certifying that stores or business operators have been carrying out measures against infection will also take effect on Saturday, she said.

Other urban areas in Japan have also seen sharp rises in confirmed cases since a nationwide state of emergency was fully lifted in late May.

The nationwide total now stands at over 35,450, including around 700 from the Diamond Princess cruise ship which was quarantined in Yokohama in February. The death toll stands at 1,020.

Koike has asked residents to refrain from eating out at restaurants and visiting nightlife spots, and said she would consider declaring a Tokyo-only state of emergency if the situation does not improve.

«I ask both businesses and customers to be as careful as possible and to act now to stop the spread (of the virus),» she said.

Thursday's figure surpasses the previous high of 366 cases confirmed on July 23 and brings Tokyo's cumulative total to over 12,000, about half of which were reported this month.

As test results can take up to three days to confirm, the number is based on 6,113 tests conducted in the capital on Monday, a record level carried out in one day.

People in their 20s and 30s accounted for around 64 percent of Thursday's cases, but the virus has been slowly spreading to older individuals.

A total of 24 infections were confirmed among those in their 70s and above.