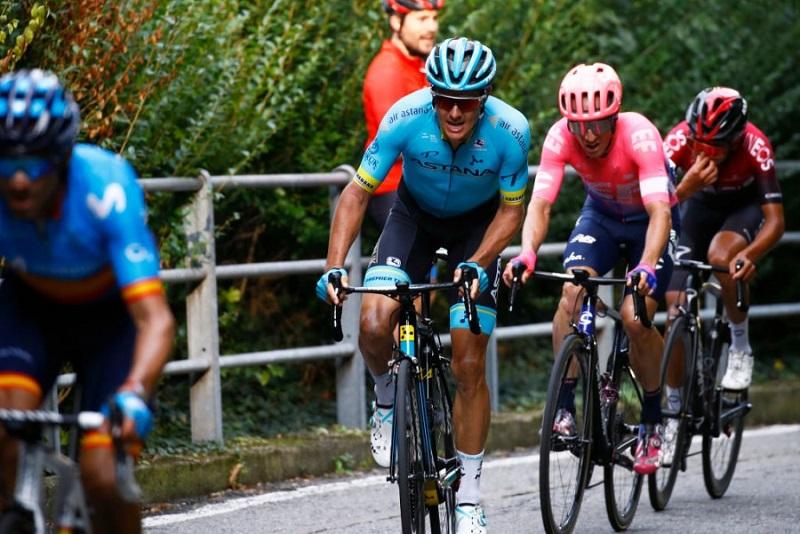 NUR-SULTAN. KAZINFORM In the fifth and final Monument of the 2019 season, Jakob Fuglsang finished his season with a fourth place.

Il Lombardia was won by Bauke Mollema, in front of Alejandro Valverde and Egan Bernal. The 243-kilometers-long Italian race had Astana rider Davide Ballerini in the early breakaway. But this group of eight riders eventually got caught in the final, when a select group took off on the Muro di Sormano, including Jakob Fuglsang. On the final climbs of the race, Bauke Mollema attacked while other race favorites were looking at each other. It was the decisive move, as he went solo for the victory. Behind him, a group of three riders sprinted, including Fuglsang, sprinted for the podium. After podium finishes this year at the Strade Bianche, Amstel Gold Race and Fléche Wallonne, this time Fuglsang finished just outside the podium, taking a second fourth place at Il Lombardia in his career, Astana Pro Team’s official website reads.

«The whole week I felt good and I was really motivated to fight one more time for a good result. So, in the end, I really hoped for more than a fourth place. We made a mistake to look too much at each other at the decisive moment when Mollema launched his attack. Directly after the race, I was really disappointed, because it would’ve been possible to go for a win today. But now I can say I’m proud of the season I had. I want to thank the team and its sponsors, especially the main sponsor Samruk-Kazyna, for making this possible. This was the best season of my career so far, but I’m already looking forward to next year when I’ll chase new goals,» said Jakob Fuglsang.