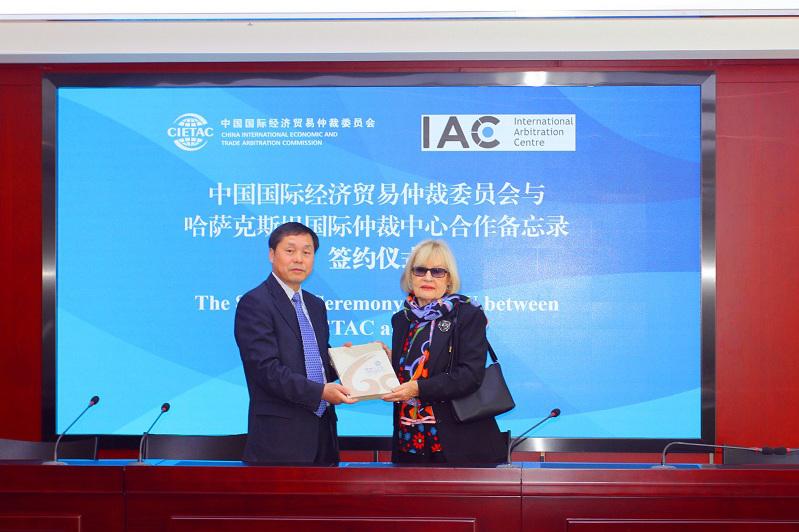 Future cooperation initiatives were also discussed with leading dispute resolution partners in Singapore including the Singapore International Mediation Centre and the National University of Singapore at which the IAC Chairman, and the AIFC Court and IAC Registrar and Chief Executive, Mr. Christopher Campbell-Holt, gave speeches to the Singapore legal and business communities.The above initiative expands the IAC's cooperation and international recognition among the elite arbitration and mediation institutions in Asia and will enhance the delivery of the IAC's global services and reputation as the leading international arbitration centre in Central Asia. Our cooperation will include the sharing of arbitrators and mediators and venues with our partners, and there will be new dispute resolution research and development initiatives, training programs, and promotional events.The Memorandums of Understanding have been signed within the framework of the Hong Kong and China Arbitration Weeks, the two leading annual arbitration forums in Asia, with leading arbitrators, mediators, lawyers and business representatives attending the forums from more than forty countries. Ms. Dohmann QC commented: «I am delighted to report that our International Arbitration Centre has found recognition by, and support from, leading international arbitration and mediation institutions in Asia as the new centre for the resolution of international and regional commercial disputes in Central Asia. The signing of our latest MOUs with our partners in Asia will ensure continued cooperation and will contribute to the growth of our enterprise in Kazakhstan and globally.»Mr. Campbell-Holt stated:«The Memorandums of Understanding that our IAC Chairman has signed in Asia provide exciting new opportunities for the IAC. We strive to provide world-class dispute resolution for commercial matters in Kazakhstan and throughout the Central Asia region. We are confident that our partnerships with the leading dispute resolution institutions in Asia and elsewhere will assist with the long term delivery of our dispute resolution services. Investors in Kazakhstan can have confidence that their rights will be protected in accordance with the most robust international standards of the rule of law.»

AIFC. The AIFC was established on the initiative of the President of the Republic of Kazakhstan Nursultan Nazarbayev. In December 2015 President Nazarbayev approved the Constitutional Statute «On the Astana International Financial Centre» (AIFC). The aim of the AIFC is to establish a leading international centre for financial services. The objectives of the AIFC are to attract investment into the economy through the establishment of an attractive environment for investment in financial services, develop local capital markets, ensuring their integration with the international capital markets. www.aifc.kz The AIFC Court is an independent legal entity. It has its own procedural rules modelled on English common law procedures and leading international practice. The AIFC Court is separate and independent from the courts of the Republic of Kazakhstan. It consists of two tiers: a Court of First Instance, which includes a specialist division known as the Small Claims Court; and a Court of Appeal. It has exclusive jurisdiction over disputes arising out of the activities and operations of the AIFC and jurisdiction in the case of other disputes in which all parties agree in writing to give the AIFC Court jurisdiction. It does not have jurisdiction in relation to any disputes that are of a criminal or administrative nature. It applies the most up to date and efficient case management practices. www.aifc-court.kz The International Arbitration Centre (IAC) is an independent legal entity. It has its own procedural rules modelled on best international practice. It has its own panel of leading international arbitrators and mediators having many years of arbitration and mediation experience in commercial law, including oil and gas, trade, construction, energy, financial services, banking, Islamic finance, insurance, and intellectual property. IAC arbitration awards are recognised and enforceable in Kazakhstan and internationally. www.aifc-iac.kz 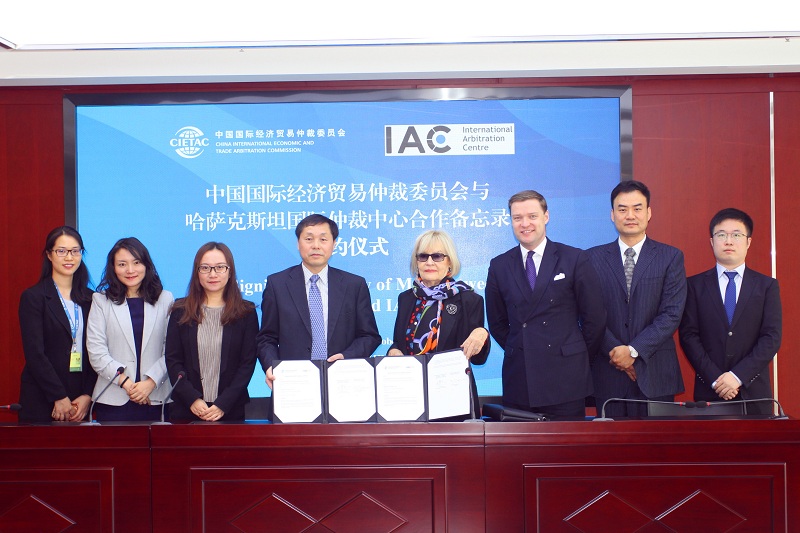