How giant tree legend turned into reality in Astana 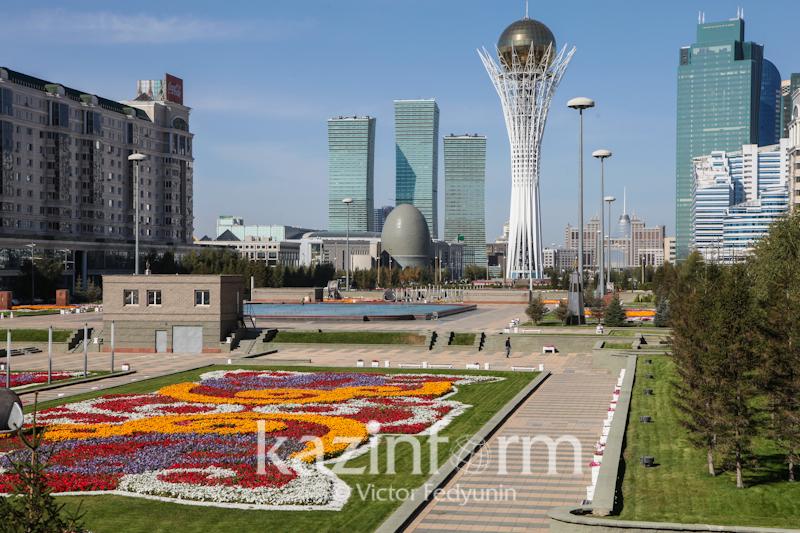 ASTANA. KAZINFORM - It is not by chance that the Baiterek Tower monument is a symbol of Astana city. It was this building's sketch which kickstarted the development of a new part of the capital in the early 2000s, Kazinform correspondent reports.

Sansyzbay Yessilov, who was the then Deputy Mayor of Astana, shared his memories. According to him, then-Mayor Adilbek Dzhaksybekov at one of his late-evening meetings in late 1999 said: "I've just been at the meeting with the President, and he asked me whether it's time for us to start building a new city?"

"For sure, all of us were busy solving the problems of the old part of the city. In these conditions, we, the deputy mayors, all together began persuading that we must first put things in order in the old city, i.e. cash injections were needed there," Yessilov said.

The next day, according to him, Adilbek Dzhaksybekov announced the firm decision of Nursultan Nazarbayev to begin the construction of a new part of the city. That day the first mayor showed a sketch of Baiterek made by the Head of State.

Then, the construction of the downtown (the area of the left bank the Yessil River) started in 2001.

Sketching this monument, the President rested upon the ancient Kazakh legend about Samruk, a sacred bird. The monument embodies the connection between centuries, the past and the present of Kazakhstan.

Baiterek is the Tree of Life from ancient Turkic mythology, making a connection between three worlds. The roots of Baiterek are underground in the Underworld, where all sorts of evil spirits, devilry, king of snakes Bapa with his wife and children live. The trunk of Baiterek is the Middle World inhabited by people and animals, heroes, khans, rich and poor. And, finally, the top is the Upper World, where birds, angels, kind deities live.

The crown of Baiterek is a nest of Samruk, a giant bird that covers the sky with one wing, and meets the sun at sunrise with another wing. The glass sphere, located at the very top of the monument, is the egg of Samuryk bird, a symbol of the eternal dawning life.

The construction of Baiterek in Astana was completed in 2002. The project architect was Akmurza Rustembekov. The building was made of iron, glass, and concrete. It is supported by 500 masts. The height of the metal structure is 97 meters. It was in 1997 when the capital relocation from Almaty to Astana began. Together with the sphere, the height of Baiterek is 105 meters. The whole construction weighs over 1,000 tons, while the weight of the sphere is about 300 tons and its diameter is 22 meters. The sphere was made of "chameleon" glass as its color tone changes with sunbeams. All materials used in the construction were produced in Kazakhstan, only the glass was delivered from Italy. According to the Astana Mayor's Office, 23 subcontractors participated in the construction.

Japanese high-speed, silent elevator moves along the "trunk" of the tree, transporting the visitors to the glass sphere. In the sphere, you can enjoy an all-round view of Astana. There are such compositions as "Ayaly Alakan", which is the imprint of the right palm of the First President of the Republic of Kazakhstan, and "Bata" (Blessing), containing signatures of the 17 world religious denomination leaders who came to Astana in 2003 and blessed the land and the people of Kazakhstan.