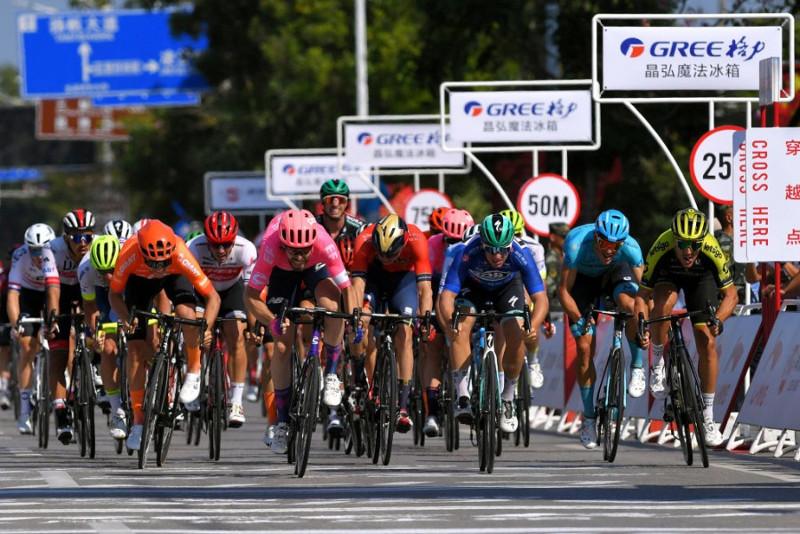 NUR-SULTAN. KAZINFORM At the second stage of the Tour of Guangxi, Davide Ballerini finished fifth in the bunch sprint, while Laurens De Vreese was part of the early breakaway.

Shortly after the start, De Vreese took off together with Sep Vanmarcke and Jerome Cousin. They were able to create a gap of several minutes, but going into the final kilometers of the race, everything came back together for another bunch sprint. In this sprint, Astana rider Ballerini improved himself after his tenth place on stage 1. This time he finished fifth behind winner Daniel McLay, who was the fastest sprinter of the day, the Team’s official website reads.

«Today I finished better than yesterday because I was in a good position behind Matteo Trentin. But from that moment I was not able to sprint out of his wheel, finishing fifth. I’m feeling better day by day and I’m confident that I will further improve my results here at my final race for Astana Pro Team,» said Davide Ballerini.

«I was motivated to show our young guys that even at the end of the season you have to be motivated to make it in the breakaway or to go for a result. For me, it was a nice opportunity to show our team colors. Of course, we knew that it probably would turn out in a bunch sprint, but we made the peloton work today. We’re ready and motivated for the upcoming stages here in China,» said Laurens De Vreese.

Tomorrow the Tour of Guangxi will have the start and finish of stage 3 in the city of Nanning, covering 143 kilometers in three local laps.