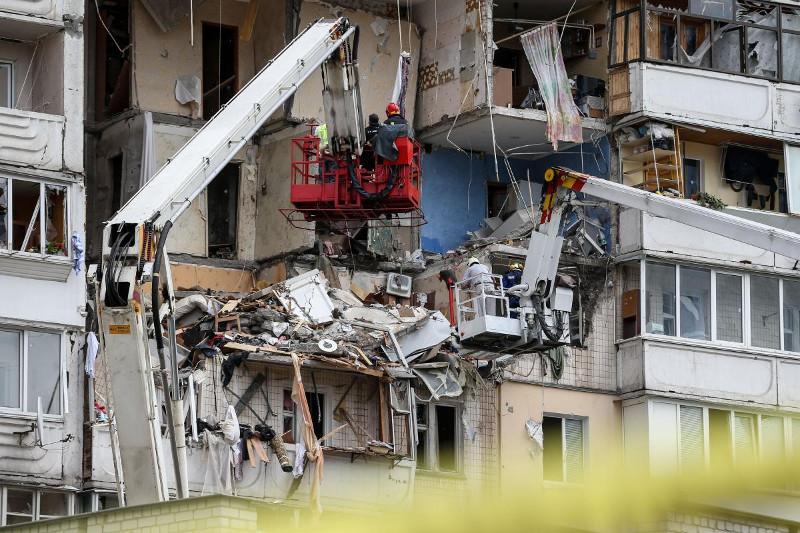 KYIV. KAZINFORM - Search and rescue operations have already been completed at the scene of an explosion that happened in a multi-storey building in Kyiv's Darnytsky district on Sunday, the press service of the Ministry of Internal Affairs reports.

«As of 2:00 p.m. on June 23, search and rescue works at the scene of the explosion in a residential building on 1/5 Solomiya Krushelnytska Street in Kyiv were completed. In total, the units of the State Emergency Service pulled five bodies from the rubble,» the report reads.

According to operational information, there are no more dead bodies under the rubble.

Further planning and deconstruction of the destroyed part of the building will be organized by Kyiv City State Administration.

As reported, at 10:00 on June 21, a powerful explosion damaged several apartments in a multi-storey building in Kyiv's Darnytsky district. The explosion destroyed interfloor structures between the fourth and eighth floors. Five people were killed and five more injured.