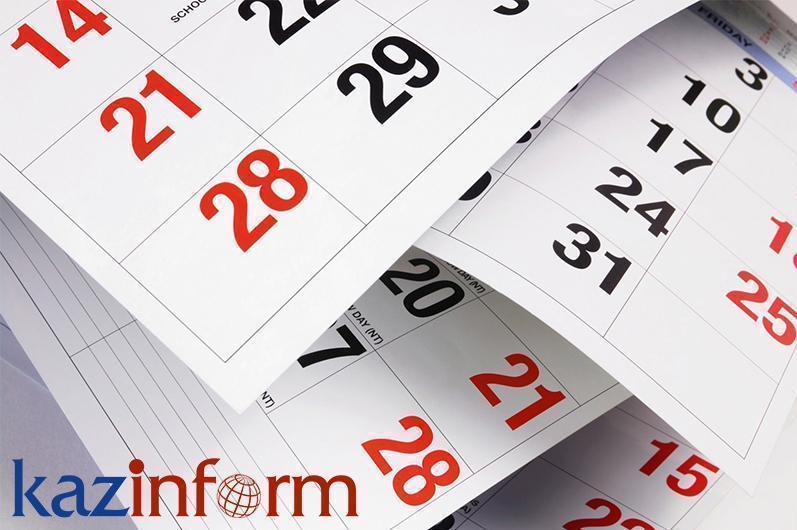 NUR-SULTAN. KAZINFORM - Kazinform's Timeline is the one-stop shop where you can learn about historical events for the 3rd of December. See what notable events happened throughout Kazakhstan's history on December 3.

International Day of People with Disability is a United Nations-sanctioned day that is annualy observed on 3 December.

December 3 marks the global No Pesticide Use Day, dedicated to the memory of the 1984 Bhopal chemical disaster in India which killed thousands and injured hundreds of thousands of people.

1993 – Then President of Kazakhstan Nursultan Nazarbayev is presented with the Golden Medal and Honorable Diploma to receive the title «Person of the Year» awarded by the International Association for the Revival of Spirituality «Rukhaniyat» during his official visit to the Republic of Kyrgyzstan.

1993 – The agreement to establish the International Consortium for mining explorations on the Kazakh shelf of the Caspian Sea is signed.

2010 – The Astana Declaration stating the country’s commitment to the norms, principles, and obligations in all three dimensions of OSCE is adopted at the Summit of the Organization for Security and Co-operation in Europe in the Kazakh capital city.

2012 – The Park «Kazakhstan» is opened in one of the large provinces of Turkey - Nevşehir.

2014 – Then President of Kazakhstan Nursultan Nazarbayev, President of Turkmenistan Gurbanguly Berdimuhamedow, and Iranian President Hassan Rouhani take part in the opening of the Turkmen-Iranian section of the railway line Kazakhstan-Turkmenistan-Iran.

2015 – The world-famous Alice Tully Hall at the Lincoln Center, New York City, hosts the solemn opening of the Week of Kazakh Art.

2016 – Then President of Kazakhstan Nursultan Nazarbayev awards the State Literature and Art Prize to the creators of the feature film Kunanbay about the father of the Kazakh great thinker, poet Abai.

2016 – The Honorary Consulate of Kazakhstan is opened in Nova Gorica, Slovenia, which is also within consular district of the Slovene Littoral.