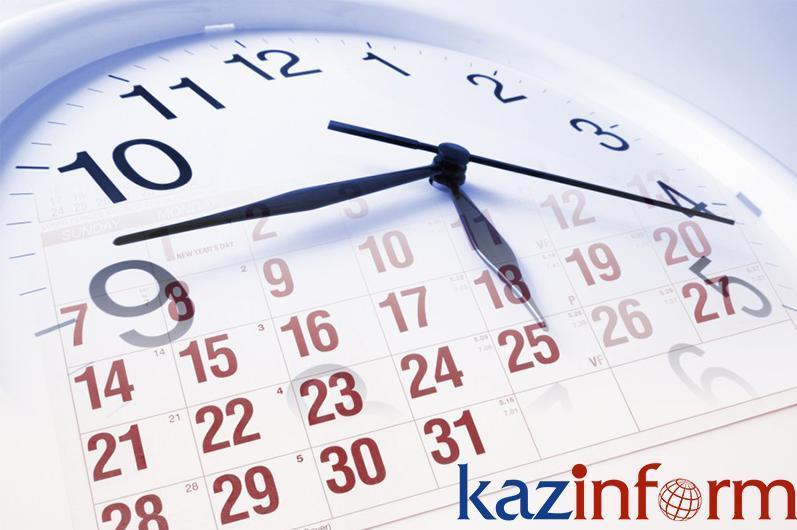 NUR-SULTAN. KAZINFORM Kazinform's Timeline is the one-stop shop where you can learn about historical events for the 3rd of December. See what notable events happened throughout Kazakhstan's history on December 3.

1993 – The Agreement on establishment of the International Consortium for Geological Explorations on the Kazakh shelf of the Caspian Sea is signed between seven companies – Agip, British Petroleum, Statoil, British Gas, Mobil, Total, Shell – and KazakhstanKaspiShelf, the operator of the project. The Agreement aimed at three-year examination of the region’s oil potential.

2010 – Astana Declaration is adopted at the OSCE Summit in the Kazakh capital. The participating states confirmed again their full adherence to the UN Charter and all the OSCE norms, principles and commitments.

2012 – Germany’s IABG GmbH which has a rich experience in assembly and testing of space vehicles opens its representative office in Nur-Sultan.

2014 – First President of Kazakhstan Nursultan Nazarbayev, President of Turkmenistan Gurbanguly Berdimuhamedow and President of Iran Hassan Rouhani participate in the inauguration of the Turkmen-Iranian section of Kazakhstan-Turkmenistan-Iran railroad. Uzen-Kyzylkaya-Bereket-Etrek-Gorgan railroad is a part of the North-South international transport corridor. 146km of the railway runs through Kazakhstan, 700km – through Turkmenistan and 82km –through Iran.

2015 – Kazakhstan accepts chairmanship in the Turkic Parliamentary Assembly from Azerbaijan.

2017 – Photo exhibition ‘Unknown Kazakhstan’ is held in New Delhi, India. More than 50,000 foreign tourists and residents of India visited Qutb complex where the exhibition was organized.