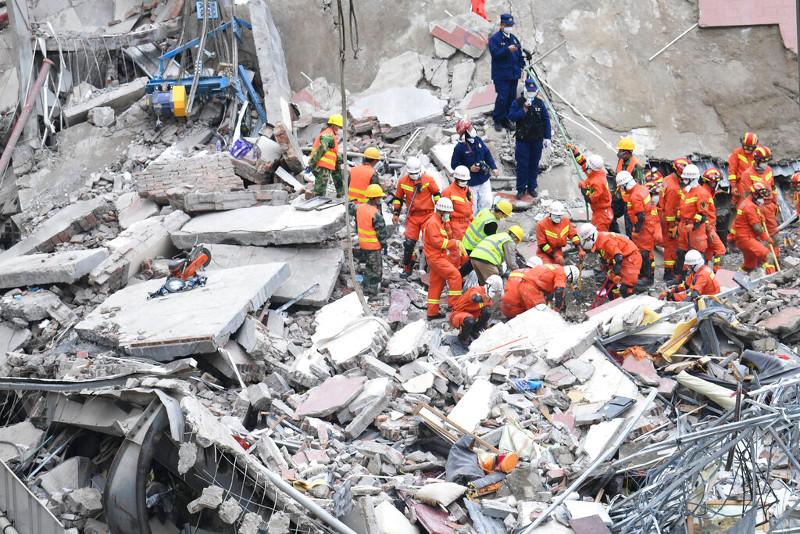 FUZHOU. KAZINFORM The death doll has risen to 29 in a hotel collapse in eastern China's Fujian Province, as rescuers found another victim on Thursday, Xinhua reports.

Rescuers found the dead body of the victim at 11:04 a.m. in the city of Quanzhou, according to the local rescue headquarters.

The Xinjia Hotel collapsed on Saturday night in Licheng District, trapping 71 people underneath. Of them, 27 were dead when rescuers found them, while two others died after medical efforts failed.

A preliminary investigation has shown serious problems exist in the construction, renovation and examination and approval of the hotel.

Those responsible for the accident have been taken into custody, said Hong Ziqiang, executive deputy mayor of Quanzhou.