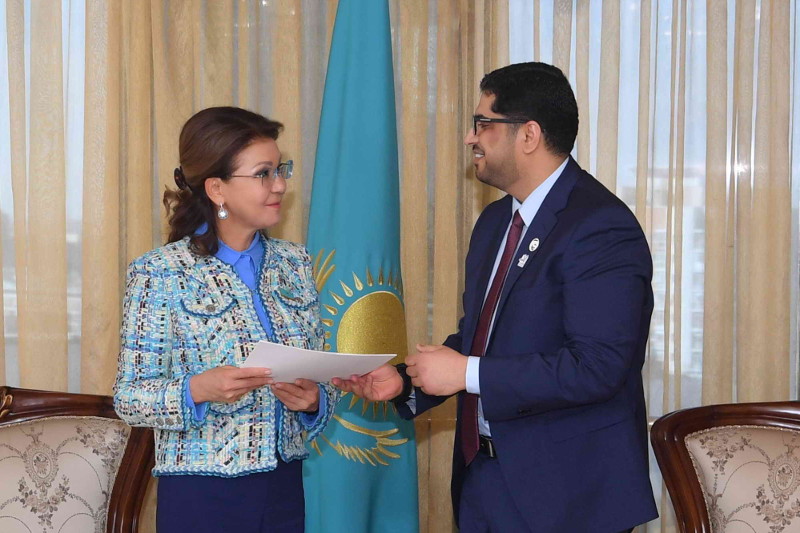 The head of the upper house of parliament expressed her satisfaction with the fast-paced development of Kazakhstan-UAE cooperation facilitated by the trust-based relationships, which were established by First President of the Republic of Kazakhstan - Yelbasy Nursultan Nazarbayev and the UAE leaders, including the founding father of the country, Sheikh Zayed bin Sultan Al Nahyan.

The UAE Ambassador conveyed to Dariga Nazarbayeva congratulations of Amal Al Qubaisi, President of the Federal National Council, for the election as Senate Speaker.

The Senate Speaker highlighted the importance of parliamentary exchanges between the two countries and invited MPs of the United Arab Emirates to visit Kazakhstan.

Mohammed Ahmed bin Sultan Al Jaber informed her of the preparations for the official visit of the Crown Prince of Abu Dhabi, Sheikh Mohamed bin Zayed bin Sultan Al-Nahyan, to Nur-Sultan scheduled for May 14. The head of the Kazakh Senate expressed hope that this visit would further strengthen bilateral relations in all areas of cooperation.

At the meeting, the sides also discussed prospects for the intensification of trade and economic, transport and logistics, humanitarian cooperation. Large-scale economic projects include the construction of a gas chemical plant worth $6.5 billion in Atyrau region, and the participation of DP World, the largest seaport operator, in the transport and logistics hub project on the Kazakh-Chinese border and in the Port of Aktau in western Kazakhstan.

The UAE Ambassador told about establishing the operation of SABIS global education network in Kazakhstan. It comprises more than 60 schools with over 65,000 students throughout the world.

The head of the Senate underlined the positive impact of a visa-free regime between the countries on the tourist potential development and proposed to increase the inflow of tourists from the UAE to Kazakhstan.