Cruise ship turned away from Thailand, Malaysia docks in Singapore 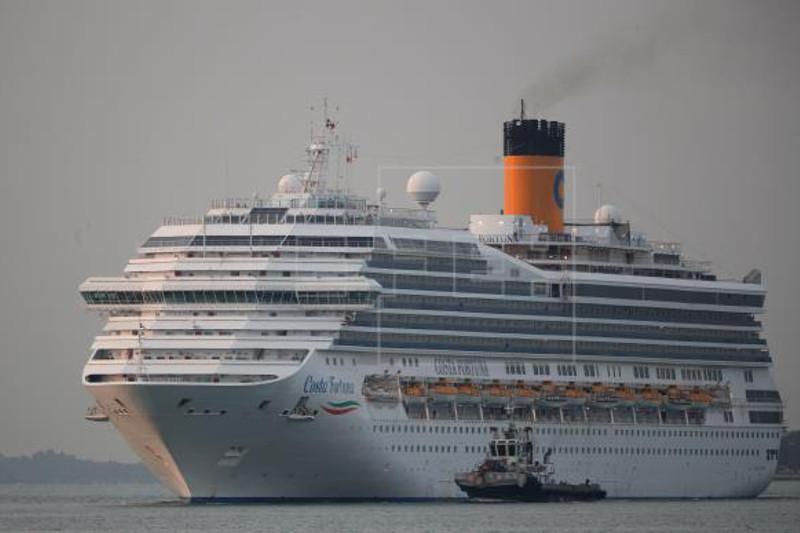 SINGAPORE. KAZINFORM Singapore’s health authorities were screening passengers of the Costa Fortuna cruise ship that docked in the city-state on Tuesday morning over coronavirus fears.

The Singapore-based Italian ship had in recent days been turned away by Malaysia and Thailand, but early Tuesday morning passengers could be seen waving from their balconies and disembarking the vessel at the Marina Bay Cruise Center, EFE-EPA reports.

The ship was carrying passengers from Italy, Germany, Australia, Slovenia and Romania, according to local media.

The Italian government on Monday extended the lockdown of its northern regions to the whole of the country. Italy now has the largest number of cases outside of mainland China.

After the ship berthed in Singapore, doctors licensed by the Ministry of Health were to conduct «one-on-one checks on passengers who have recent travel history to northern Italy within the last 14 days,» the ministry said in a joint statement with the Maritime and Port Authority and the Singapore Tourism Board on Monday.

Those showing signs of fever or other symptoms of respiratory illness were to be taken to the National Center for Infectious Diseases. Those without symptoms were to be taken directly to the airport for their onward flights, it added.

The remaining passengers entering Singapore are to undergo temperature screenings and those exhibiting symptoms will be tested for COVID-19. Those who refuse would be denied entry, the statement said.

The ship departed Singapore on Mar. 3 and on Friday, the Thai authorities denied the ship docking in Phuket, a measure followed by the Malaysian authorities in Penang the following day.

Italian owner Costa Cruises told EFE that there was «no suspected case on board» the ship, adding that it had not been allowed to dock in Thailand or Malaysia «because of the restrictions recently introduced in those countries for people coming from Italy.»

The company announced the cancellation of another trip that was to leave the city-state Tuesday.

At least 160 coronavirus cases have been confirmed so far in Singapore.

The 893-foot-long «Costa Fortuna» was built in Italy and has the capacity for 3,470 guests and over 1,000 crew members, according to the Costa Cruises website.