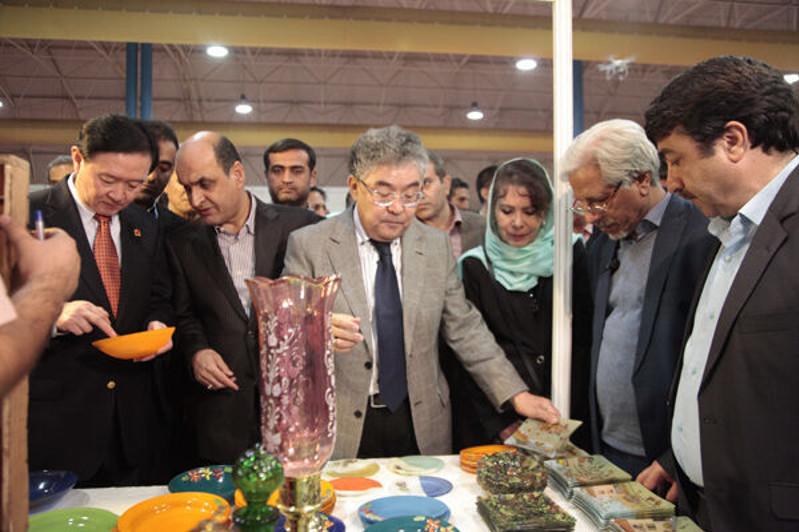 Speaking in the inauguration ceremony of 'Ethnic Festival' in Golestan province, the foreign diplomats described holding such event as an effective step for introducing Iranian deeply-rooted culture in the international communities.

Chinese Ambassador to Iran Chang Hua said the countries enjoying historical and cultural commonalities will be able to reinforce their relations by holding such cultural festival.

He expressed hope for holding 'Ethnic Festival' in Gorgan to lead to promote Iranian valuable culture and to introduce it to the world.

Meanwhile, Kazakh envoy to Iran Askhat Orazbay said that presence of foreign ambassadors in this event is a good opportunity for introducing Iran's capacities.

He noted that about 6,000 Kazakh nationals live in Golestan province and appreciated Iran for preparing good occupation for them.

Orazbay pointed to the availability of investment opportunities for Iranian businessmen in his country, adding that 12 special economic zones and 22 special industrial zones in Kazakhstan are ready to be ceded for investment.

Orazbay also referred to the Caspian Sea as one of Kazakhstan's most important privileges for expanding trade exchanges with the northern provinces of Iran and made the remark that Amirabad Port of Behshahr in Mazandaran and Anzali Port in Gilan currently have the most Kazakh trade exchanges.

The diplomat noted that Iran-Turkmenistan-Kazakhstan Railway is another privilege for boosting trade with the Islamic Republic of Iran, saying that pursuing the problems of Iranian businessmen is essential to use this railway to transport goods to Kazakhstan.

The Kazakh ambassador to Iran stressed the importance of implementing Gorgan-Aktau air flight and said that implementation of the plan is important for Kazakhstan because it could also facilitate tourism in addition to facilitating commute for two countries businessmen.

Global economy may drop more than 5% in case of second pandemic wave
News from dashboard.idealmedia.com
Popular