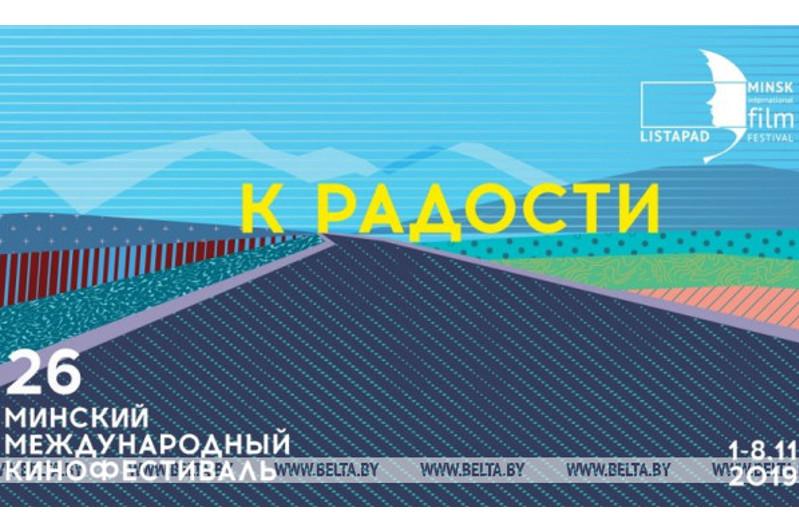 MINSK. KAZINFORM The 26th Minsk International Film Festival «Listapad» will be held under the slogan «To Joy» on 1-8 November, BelTA has learned from the organizers.

«In the previous years, the festival, together with the audience, watched movies with eyes wide open, went towards inspiration and was getting to now a big, wide world. Each time the slogan of the festival reflected a specific approach to cinema perception.

The 26th Minsk International Film Festival «Listapad» will be held under the slogan «To Joy». This is the title of Ingmar Bergman's film. In this way we want not only to honor the outstanding film director, but also to invite the audience to walk the path of self and world discovery along with the cinema,» the organizers said. Program Director of the festival Igor Soukmanov noted that this year they want to get away from such festival associations as spotlights, film director's chairs, megaphones, cameras and other cinema requisites.

«The visual basis of the 26th festival is a road, and our slogan ‘To Joy' accurately describes this vision. Cinema is a road, a journey into the world of our feelings, of our mind. It gives us a better understanding of ourselves, and this understanding is that very joy,» he said. Traditionally, the festival will present different films: dramas, comedies, melodramas, action films, national blockbusters.

«Not every movie will have a happy ending, yet every one of them will have its own philosophical dimension. We want to show that any movie, no matter how complicated it is, has the highest value and a purpose. Cinema can make you cry, worry, get angry, but at the same time it exalts and ennobles us, which means it brings us closer to joy,» Igor Soukmanov said. The founders of the 26th Minsk International Film Festival «Listapad» are the Culture Ministry of the Republic of Belarus and Minsk City Executive Committee. The festival is organized by Visual and Performing Arts Centre «Art Corporation», BelTA reports.