Bandmaster of Tashkent’s Opera House to perform at Astana Opera 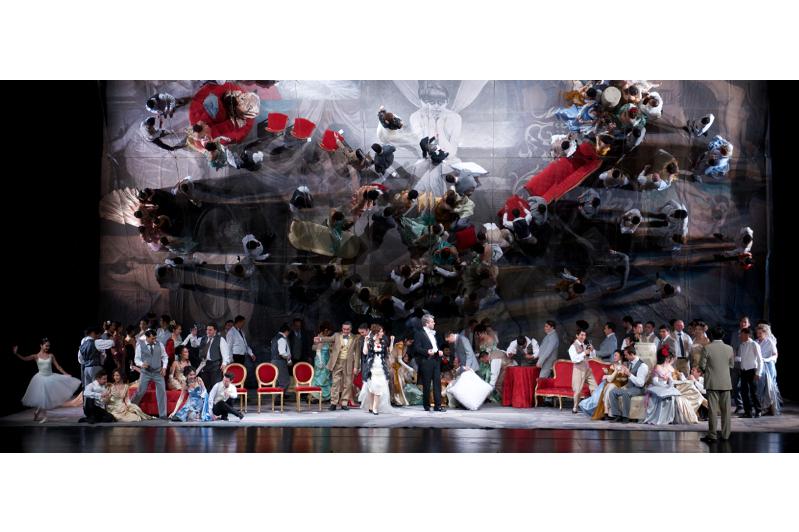 NUR-SULTAN. KAZINFORM - On November 26, one of world’s most famous operas – Verdi’s La Traviata will be featured for the residents and guests of the capital at the Astana Opera Grand Hall, Kazinform refers to the press service of the Astana Opera.

The opera house’s symphony orchestra and choir will perform under the baton of a bandmaster, the People’s Artist of Karakalpakstan Aida Abdullaeva (Alisher Navoi Bolshoi Theatre, Tashkent) .

Let us remind that in July the Astana Opera creative team presented with great success masterpieces of the Kazakh and world opera classics – Akhmet Zhubanov, Latyf Khamidi’s Abai and Giacomo Puccini’s Madama Butterfly – at the Alisher Navoi State Academic Bolshoi Theatre of Uzbekistan. The tour was held as part of the Year of Kazakhstan in Uzbekistan under the auspices of the Ministry of Culture and Sports of the Republic of Kazakhstan.

In turn, conductor of Tashkent’s opera house Aida Abdullaeva will present an original vision of Verdi’s masterpiece to the audience of the Kazakh capital. Her creative work includes successful performances not only on her native stage, but also in neighboring countries. Aida Abdullaeva graduated from the Tashkent State Conservatory majoring both in choral, as well as opera and symphonic conducting, and also trained in the Mariinsky Theatre in St. Petersburg. In the conductor’s repertoire there are works by Mozart, Verdi, Puccini, Donizetti, Leoncavallo, Tchaikovsky, Prokofiev, Milov, Khachaturian, Morozov.

Arbat to appear in Kazakh capital
News from dashboard.idealmedia.com
Popular