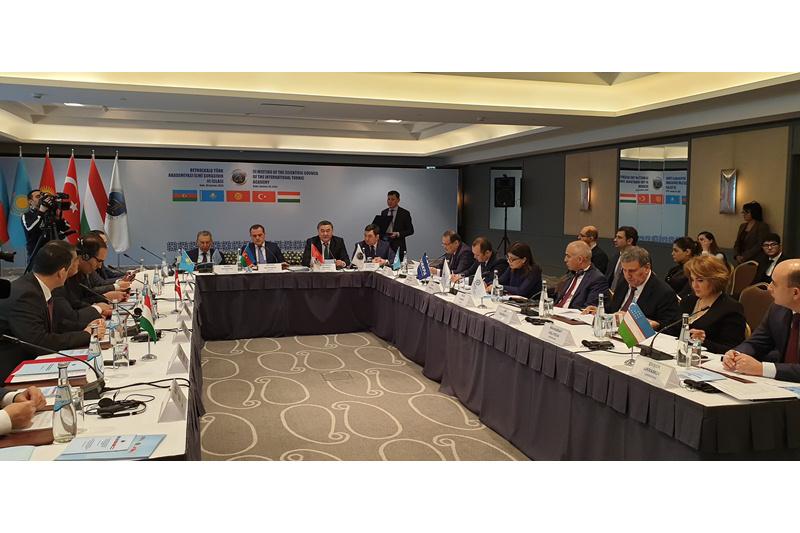 BAKU. KAZINFORM The capital of Azerbaijan has hosted today the III meeting of the Academic Council of the International Turkic Academy (TWESCO), Kazinform correspondent reports.

At the meeting, State Secretary of the Ministry of Education and Science of Kyrgyzstan Zhaparkul Tashiyev officially transferred the duties of the TWESCO Academic Council Chairman to Minister of Education of Azerbaijan Jeyhun Aziz oglu Bayramov.

President of the TWESCO Darkhan Kydyrali reported to the meeting participants on the Academy’s activities in 2019 and presented the Action Plan for 2020.

The members of the Academic Council expressed satisfaction with the Academy’s work in 2019 and approved its 2020 Plan. They also agreed to hold the next meeting in Turkey.

Besides, the members of the TWESCO Academic Council discussed the list of jubilee dates of the Turkic world, the issues of strengthening cooperation in education and science, scientific and research projects.

«One of the priority areas of the TWESCO’s activity is to propagate outstanding representatives of the Turkic world. Our programme for 2020 includes the celebration of Abai’s 175th anniversary. A scientific and research conference devoted to Abai will be held today at the Baku State University, where the Abai Centre has been operating for many years. Numerous roundtable meetings and seminars dedicated to Abai will be also organized by Azerbaijani universities, Academy of Sciences, scientific and research institutions throughout this year. I believe that Azerbaijani side will actively join the corresponding events in Kazakhstan and other Turkic-speaking countries,» Jeyhun Aziz oglu Bayramov said in an interview with Kazinform.