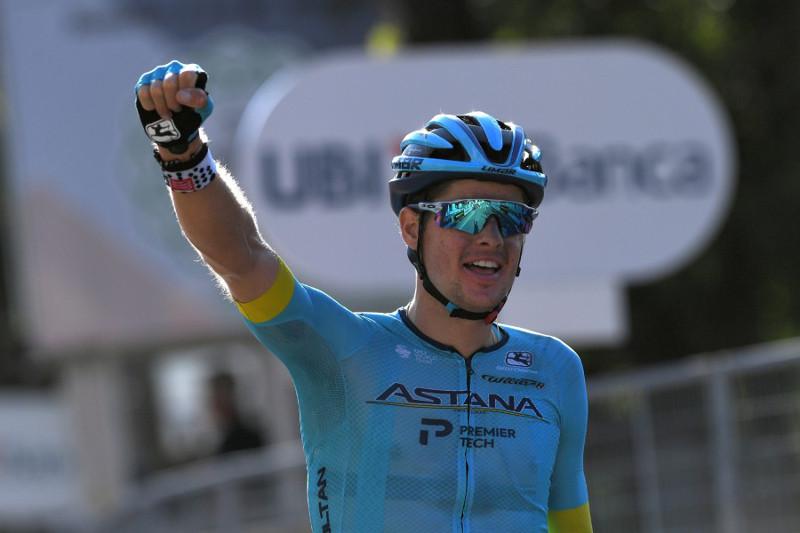 NUR-SULTAN. KAZINFORM - Astana Pro Team will change its name to Astana – Premier Tech on January 1, 2021, as Premier Tech steps up to become co-sponsor of the Kazakh UCI WorldTour team, Kazinform has learnt from the club’s press service.

The Canadian company is an international leader in four core industries: sustainable solutions for professional growers and gardeners, automated systems for packaging and material handling, systems and technologies to treat and recycle water and digital solutions to increase manufacturing efficiencies. Premier Tech has been a sponsor of Astana Pro Team since 2017. With its headquarters located in Canada and offices and manufacturing plants in some 27 countries, Premier Tech wants to connect its worldwide network of partners and customers through this co-sponsorship and partnership with Kazakhstan.

For the first time in its 15-year history, the team name of Astana Pro Team will be shared with a co-sponsor. Premier Tech and Astana Pro Team have been partners for the past four years and share the same values: to excel, redefine standards and collaborate with driven and talented people through cohesive teamwork.
«For Premier Tech, this announcement is the culmination of a partnership that began in 2017; one that is fuelled by a long-standing passion for cycling. The Astana – Premier Tech team perfectly captures the essence of our company and the spirit that drives this partnership, which is to constantly push the limits to redefine the standards and reach new heights, while surrounding ourselves with driven, talented people in order to succeed. Premier Tech's motivation to constantly improve is greatly inspired by its team members, but also by those who have shaped history. That's why Premier Tech is now associating its name with the Astana – Premier Tech team, one of the best cycling teams in the world. A team with many great victories to its name, and with whom Premier Tech shares the same passions: excellence and teamwork. This is what makes this partnership so strong and unique. That's what makes it so meaningful,» says Jean Bélanger, president and chief executive officer of Premier Tech.
«By the management of the General Partner of the cycling team, Samruk-Kazyna JSC, as well as the Astana Presidential Professional Club, the task was given of reducing the funding of a professional cycling team from Kazakhstan part, through the entry of a second partner, co-sponsor, who could share the financial burden with our country. The work was carried out successfully, in a quite short time we managed to reach mutual understanding. We are very pleased with the results of the negotiations with the Canadian side. The name of the team for the next year will be changed, but at the same time, the team will continue to exist under the auspices of Kazakhstan, despite the fact that funding from the General Partner of Samruk-Kazyna JSC will be significantly reduced. We will continue to glorify the name of Kazakhstan as well as the name of our new Canadian partner Premier Tech in the global sports arena. Also, within this cooperation, discussions are currently underway to create a children's and youth cycling team «Astana – Premier Tech Team Kids», which will be funded within the existing budget and based in Kazakhstan and Canada. Thus, the two countries will be able to exchange with the experience and to grow a new generation to further maintain cycling at the highest level in both countries,» says Yana Seel, Managing Director of Astana Pro Team.