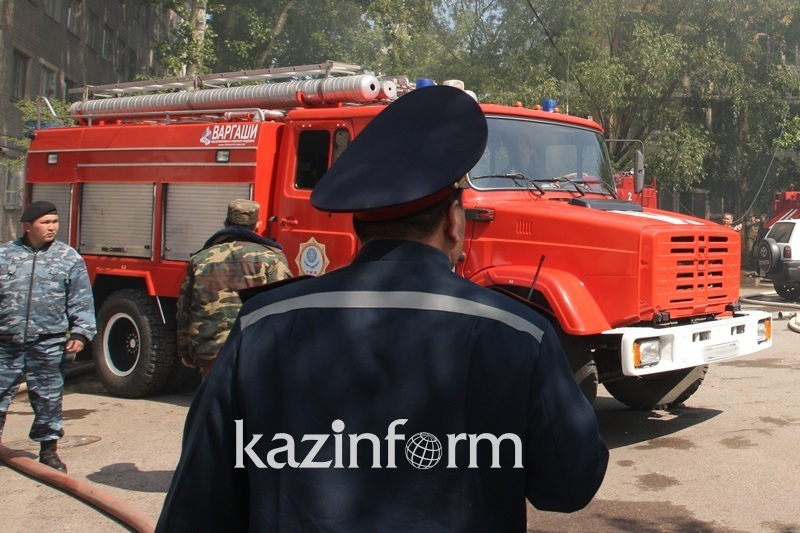 ARYS. KAZINFORM The emergency operations center reports on smouldering fire areas remaining in the territory of military unit 44859 in Arys as of 11:25 a.m., the press service of the Governor of Turkestan region reports.

The military unit stretches over 2,700 ha to locate 89 ammunition depots up to 150,000 sq m. The fire that broke out at residential areas of Arys town was extinguished. 363 members of the armed personnel and 40 fire vehicles worked there to battle the blaze.

The explosion which rocked Monday morning the town of Arys smashed out the windows at 7,600 houses, ruined roofs of 80-85% of houses.

Besides, the local railway station suspended the regular movement of trains in all directions. 17 cargo trains stop at the nearest stations in safer areas.