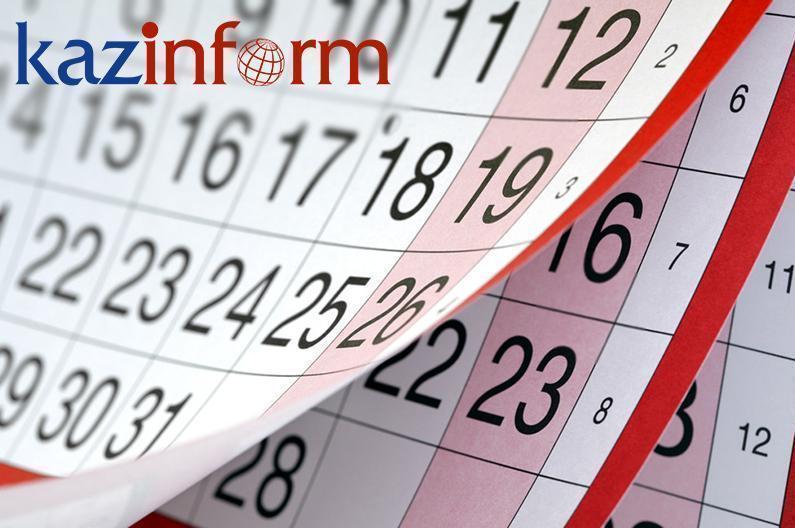 NUR-SULTAN. KAZINFORM - Kazinform's Timeline is the one-stop shop where you can learn about historical events and dates for the 13th of August. See what notable events happened throughout Kazakhstan's history on August 13.

In 1920, the first Kazakh news agency was set up, which bore the name Orenburg-Turgay ROST Department. Later it was renamed into KazROST and into KazTAG in 1937. President Nursultan Nazarbayev issued an order for the agency to be renamed in 1997 as KazAAG. In 2002 it was named Kazinform by the Kazakh government. The holding company Arna-Media owned the agency until 2011. Then, the Kazakh News Agency joined the National TV and Radio Corporation Kazakhstan. In 2013, the National TV and Radio Corporation Kazakhstan’s decision led to the registration of the International News Agency Kazinform.

In 2007, China held a presentation of the book by Kazakh author, playwright, Atyrau native Rakhimzhan Otarbayev The Last Bomb of the War in Chinese translated at the initiative of the ethnic Kazakhs residing in China.

In 2012, Kazakhstani boxer Serik Sapiyev was presented the Val Barker Trophy. The award goes to the top «pound for pound» boxer in the Olympics.

In 2014, a solo concert of Kazakhstani violinist, winner of multiple international awards, and people’s artist of Kazakhstan Aiman Musakhadzhayeva accompanied by the Berlin Symphony Orchestra directed by conductor Lior Shambadal was held at the Audi Klassik Open Air festival.

In 2016, Kazakhstan for the first time took part in the major European festival Villacher Kirchtag held in the city of Villach, Austria. The country was represented by the Sh.Kaldayekov South Kazakhstan Philharmonic, folk group Tumar and dance group Kazyna.

In 2017, Kazakhstani powerlifter Guzal Yergesheva won gold at the World Dwarf Games 2017 in Canada, where she was best at bench pressing.

In 2018, a picture of Sultandar graffiti by Kazakhstani Dmitri Levochkin was placed on StreetArtNews website, which publishes the world’s best pictures of graffiti.