NUR-SULTAN. KAZINFORM According to the results of the research of the world-known agency, «Times Higher Education», Al-Farabi Kazakh National University has entered the top 10 leaders of Asian universities with the best management, the University’s press service reports.

The leading Kazakhstani University has been marked in the rating «THE Asia Award-2020» in the nomination «Outstanding Leadership and Management Team». KazNU confirming its high competitiveness and management efficiency, has become the only higher education institution of the post-Soviet countries that is included into the top ten among more than 10 thousand leading universities of the continent.

Introduction of process management and result-oriented administration, rating system for evaluating the performance, automation of all business processes, creation of modern digital infrastructure using Smart-Technologies and Big Data, as well as information intellectual-analytical system became the key to successful and dynamic promotion of KazNU in many world ratings in which it occupies a leading position. Currently, the advanced experience of KazNU is being studied and adopted by foreign HEIs, and Microsoft Company has recognized the digital model of the University's development as one of the best practices.

It should be noted that this year at the world summit INBUSHERA-2020 in Delhi Rector of KazNU Academician Galym Mutanov was awarded the international prize «Amity Global Academic Excellence Awards», which is presented to leaders, innovators and prominent scientists in the field of science, management and entrepreneurship of global level. 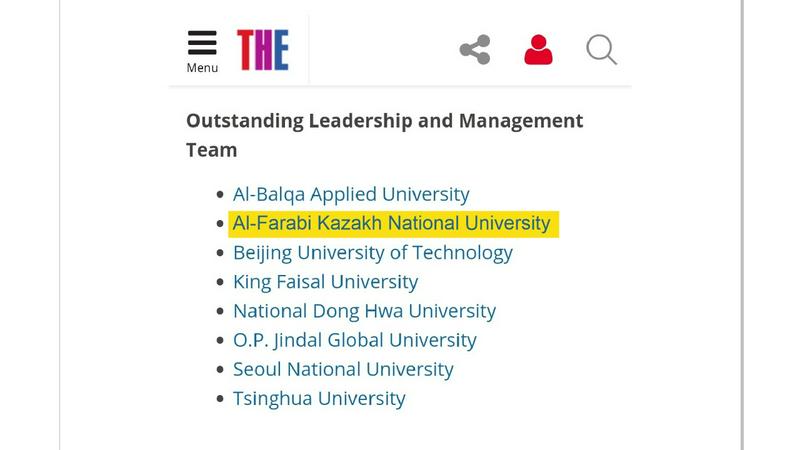